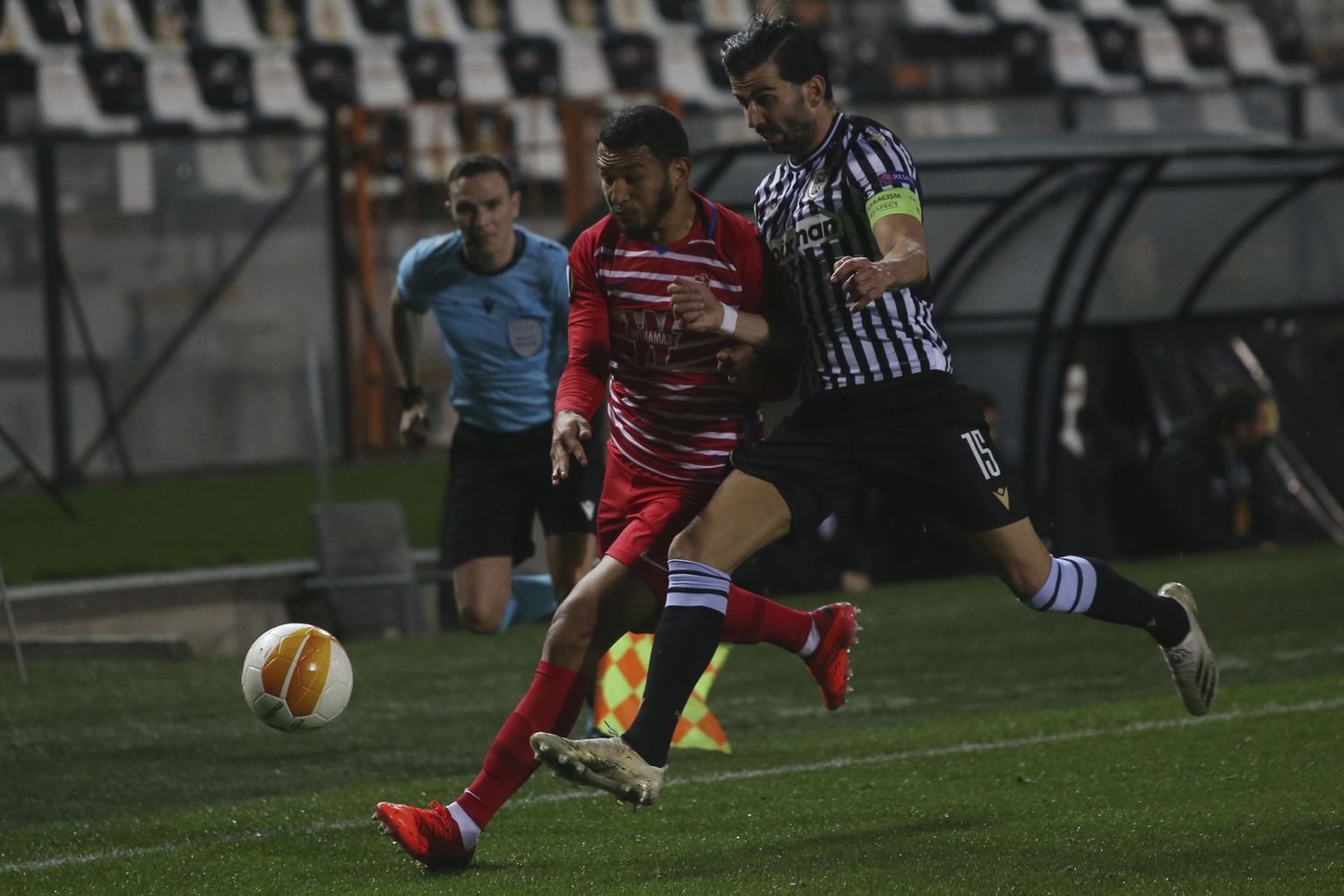 Granada confirmed their bad moment with a new draw. Now in the PAOK field. This point is insufficient to reach the first place of the group, since PSV beat Omonia and will be first. The draw does not cloud Granada’s historical classification, already achieved last week, but it does make it not seeded in the draw for the Europa League next Monday (1:00 p.m.), where they will be and may be rivals of the Andalusian teams such as Roma, Arsenal, Ajax, Bruges, Dinamo Zagreb, Hoffenheim, Manchester United, Naples or Shakhtar. Granada have completed a good group stage, perhaps from more to less, and will be able to experience a historic tie. Now it will be his turn to focus on LaLiga, where he has been in a row for five games without winning (three losses and two draws).

Diego Martínez took the match against the eliminated PAOK as a good opportunity to give the title to footballers such as goal Aarón, Nehuén, or Soros. At the same time, a young man like Pepe Sánchez played as a right back while Foulquier lined up as a left back. The management of staff resources is essential in the face of so much accumulation of matches and Granada, immersed in an evident crisis in LaLiga, was quite recognizable against PAOK. The Andalusians always carried the weight of the match against a rival aware of their limitations and also with some changes in their line-up. Now under the command of Uruguayan and ex-Madrid player Pablo García, PAOK, although already eliminated from the competition, is a competitive team.

Granada took command of the game led by Soro’s mobility as second striker. From that position he combined very well with Puertas and Jorge Molina to create good goal options for the Andalusian team. Puertas himself was able to score in the 13th minute. A clear chance after a good pass from Jorge Molina that opened a series of options for Granada. Molina, twice, and Sánchez were able to score. The Andalusians could not translate their dominance in the game into a goal. Even a shot from Varela to the post at the edge of the break could put the Greeks ahead on the scoreboard.

Granada let too much time go by in the second half. Diego Martínez gave entry to players like Machís, Soldado and Gonalons in search of victory, something that could have occurred in the last section. Machís had two good chances and Germán was about to hit a ball that would have meant first place. The Andalusian team reacted somewhat late, missing the goal to put the icing on the cake for a great classification.