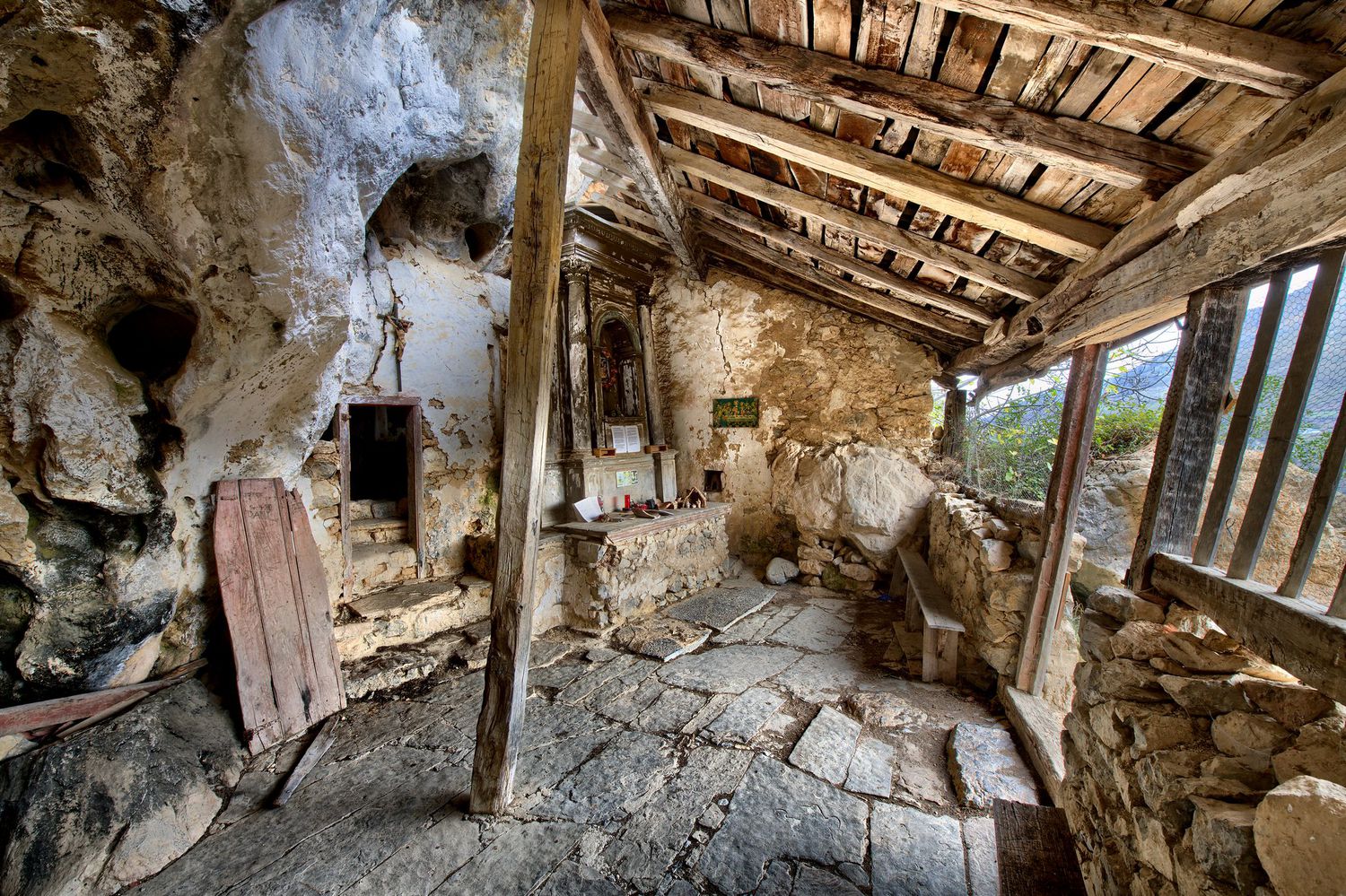 Between the years 660 and 680, on a high rocky cliff of the current term of Arrendondo (Cantabria), a series of natural caves were used to inhabit them. And, among all of them, one was chosen to make it the hermitage of San Juan de Socueva. Thirteen centuries later, the hermitage has returned to the present, but in the form of alarm: it has been chosen among “the 12 most threatened heritage sites in Europe” and its candidacy may boost it, as of March 2021, to be among the seven most endangered on the continent, according to Europa Nostra, international organization for the defense of historical heritage.

The Cantabrian church is made up of a rectangular nave with an apse. Its cover is the roof of the shelter itself. The original altar is still preserved, which includes a hole destined to contain relics. But all this can go away. “The selection”, says Europa Nostra, “has been made on the basis of the outstanding heritage importance and cultural value of each of the sites, as well as the serious danger they face.”

The 12 sites have been shortlisted by an international advisory group made up of experts in history, archeology, architecture, conservation, project analysis and finance.

San Juan de Socueva was built next to a series of taller caves that were inhabited since ancient times. In fact, it is believed to be the oldest religious building in Cantabria. The chapel, however, continues to maintain its religious function, deeply rooted in the community, which until recently still celebrated the cult of Saint John the Baptist.

But its state of conservation, insists Europa Nostra, “is very worrying. The portico is in an advanced state of disrepair: its simple roof is no longer securely attached to the rock wall, and it is in imminent risk of collapse. The deterioration continues ”.

Despite this, visitors can freely access it and “take items or cause other damage, so a protective enclosure is needed until the analysis, investigation, diagnosis and conservation process is completed. Although there is a collaboration with the Cantabria Ministry of Culture, the previous works have stopped ”, affirms the international organism of protection of the patrimony. The other selected monuments are located in Austria, Bulgaria, Croatia, France, Georgia, Germany, Greece, Italy (2), Kosovo and Macedonia.

The dean of the Institute of European Investment Bank, public entity that helps monuments in danger, Francisco de Paula Coelho, states: “Our cultural heritage is fragile and it should not be taken for granted that it will remain. With this list, our joint objective is to support and expand the efforts of local communities who, throughout Europe, are convinced of the immense and multifaceted value of our cultural heritage ”to make it an engine of sustainable development.