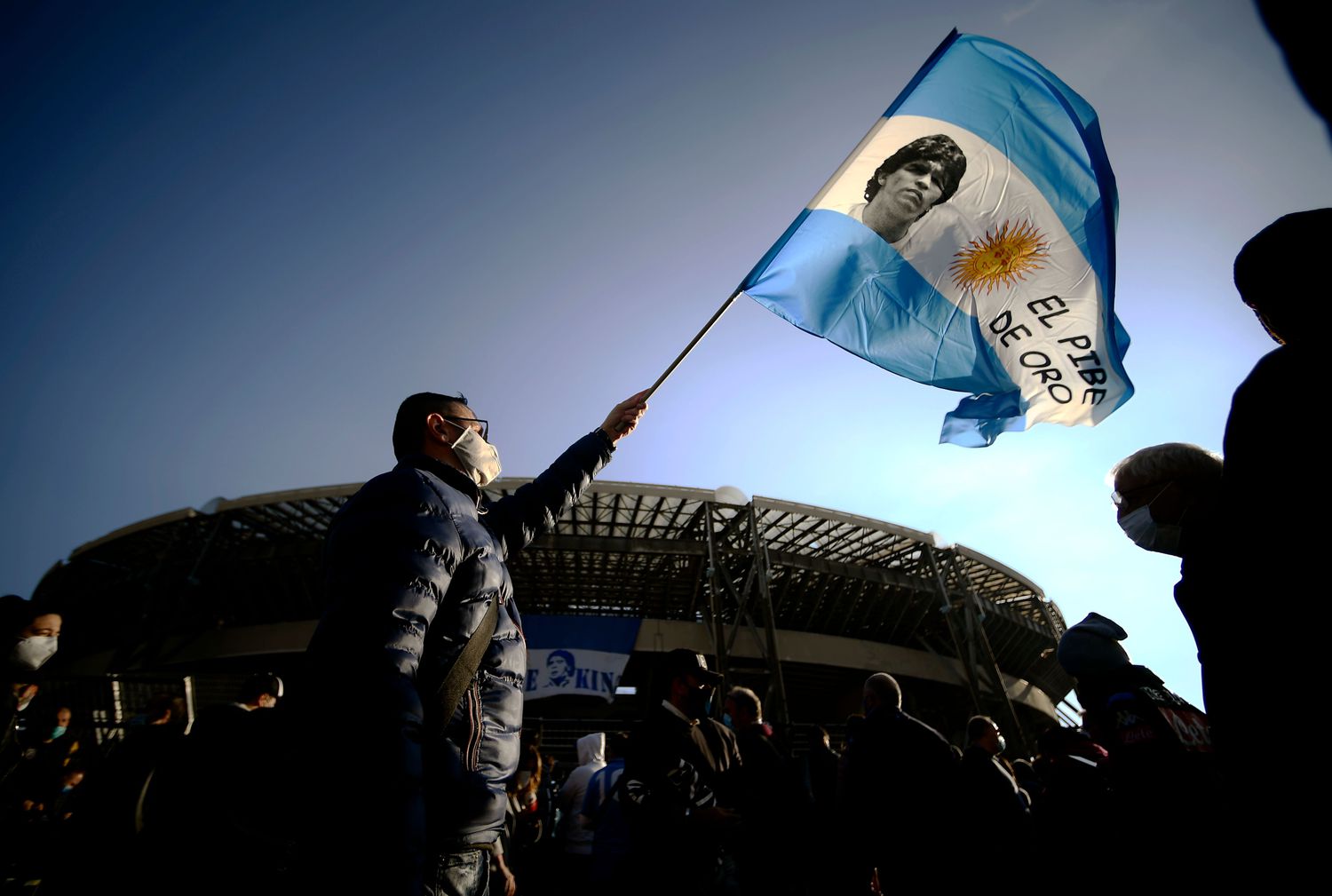 Of course, God has prevalence before the saints. The Naples stadium was called San Paolo until last Friday, because tradition indicates that Pablo de Tarso arrived in Italy through the port located in the Neapolitan neighborhood of Fuorigrotta, where the football coliseum that was inaugurated in 1959 is currently located. Diego Armando Maradona also landed there in July 1984. A few days ago, by acclamation, the stadium changed its name. The apostle of the Gentiles gives in to the footballer and the first team to play under the new name will be the Royal Society.

And it is not just another game. After the Europa League draw, it could be speculated that the clash on the last day of the league (Thursday, 6:55 pm) could be practically inconsequential. The two teams started as favorites in group F, but the forecasts were derailed from the first day, when AZ Alkmaar got in the way, won in Naples and led to a close fight between three teams. The Neapolitan triumph in Anoeta further entangled the group.

For the last day there is nothing decided. Napoli and Real depend on themselves, but both start with the concern of not having qualification in hand yet. At the same time of the match between the two, the other group clash is played. Rijeka –which has only added one point, and achieved it in San Sebastián–, receives AZ. La Real, in order to qualify, has to match the result obtained by the Dutch team. If they win, the San Sebastian must do it too, because a draw would project AZ and Napoli to the round of 32, but the Neapolitans cannot lose, because in that case they could be left out.

So speculating on the outcome can be very dangerous for Italians and Spaniards. Only a loss for AZ in Croatia could make them breathe, but with the two games playing simultaneously, it is difficult to play with the scoreboard.

Without Oyarzabal or Silva

La Real, who drew in Mendizorroza against Alavés on Sunday, who was saved by his goalkeeper Pacheco, traveled to Italy at noon on Wednesday from the Pamplona airport, with the losses of Oyarzabal and David Silva. The canary was injured against Cádiz, it seemed that he was going to play in Vitoria, and in fact, he appeared in the starting line-up, but he suffered from his discomfort in the warm-up and did not travel to Naples. Neither did the captain, with a fiber break in his right thigh, which has prevented him from training with his teammates throughout the week and which also kept him from Mendizorroza’s shock. “Both are missing, but I am clear. La Real is La Real, with Mikel and David or without them. I haven’t stopped to think about ten seconds to go. Those who play will do so with the utmost enthusiasm, ”says Imanol Alguacil. Of course, “we have a Champions-level team in front of us, that if it does what it knows it will make it very difficult for us.”

Napoli are thriving in Serie A, where they occupy third place tied on points with Juventus. After losing at home to Milan, the championship leader has chained two goals (4-0), against Roma at home, and Crotone at home, with two stellar performances by their captain Lorenzo Insigne, who played at Anoeta to withdraw early due to injury. “But Naples is not only Insigne,” says Alguacil. “He has a great coach and a very complete squad. There are Mertens, Koulibaly, Bakayoko, Zielinski, Politano… That’s why they are so good in the League ”.

The Real coach does not believe that the protagonist is Insigne, the footballer who after Maradona’s death tattooed his face on his thigh as a tribute to the fallen idol. The two games in which his team thrashed, he played with his third kit, with whitish stripes, like the shirt of the Argentine national team.

The frame, an extra motivation

The Real will face in the Diego Armando Maradona stadium, which was the center of a controversy, fed from Italy, when in the previous game of the first leg, Imanol Alguacil commented in a joking tone, that the Argentine would have it difficult to play in his team . There were those who took it badly at Naples, some thick words were even exchanged in the dressing room tunnel at the end of the game, and the Neapolitan coach, Genaro Gattuso, went to the Real dressing room to calm the spirits after the attitude of some of the expedition members of your team.

The next day, Maradona turned 60; In the second leg he is already the god of Neapolitan Olympus, but Imanol is not intimidated: “It is a great honor to be in the first match at the stadium with the name of Maradona, but if it motivates Naples, so do us. It would be a greater honor to win the match on such a day ”.

A wonk’s guide to the…

When hope and history rhyme…

The week Jupiter fell to…