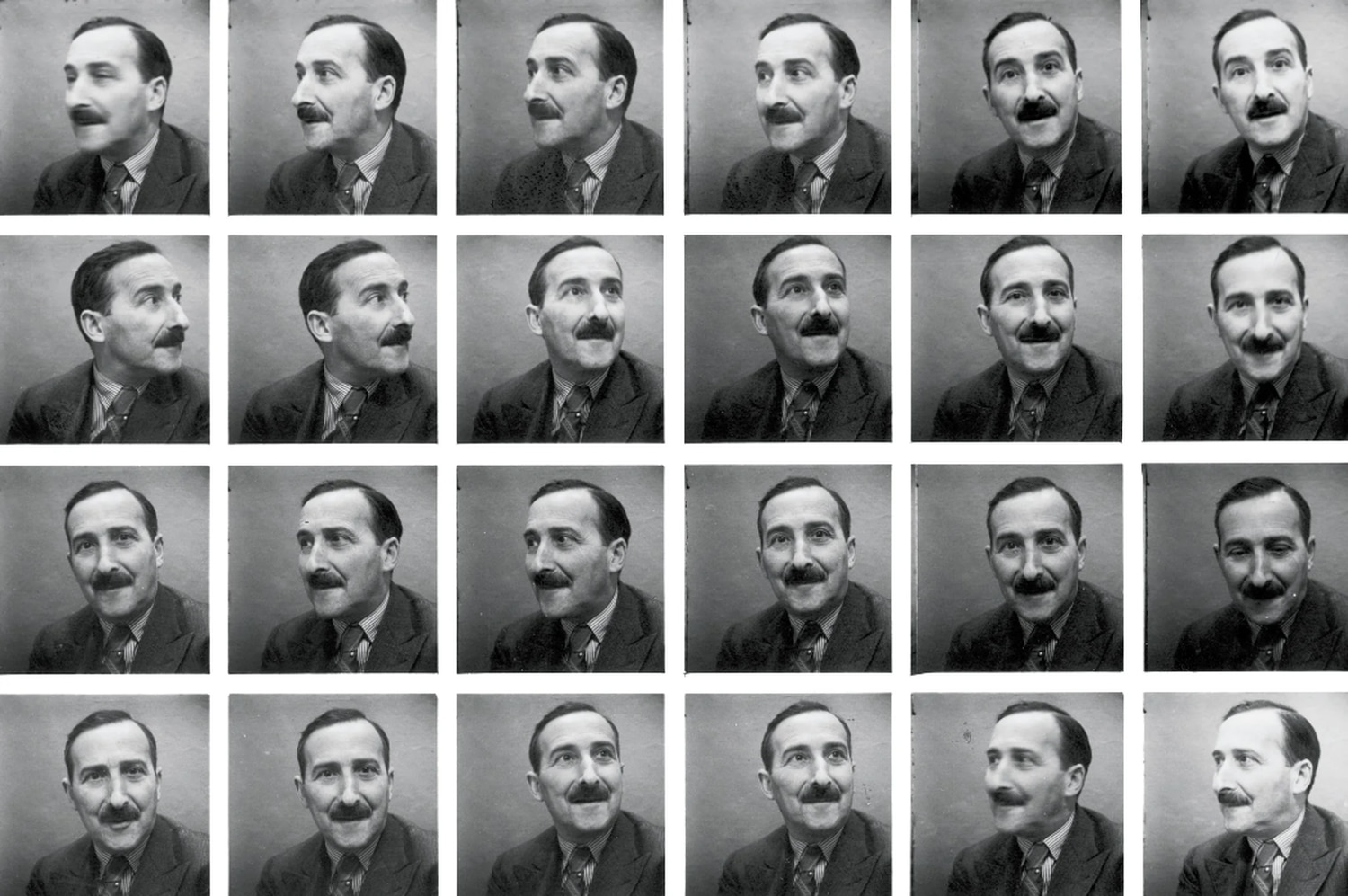 The scenic work of Stefan Zweig (1881-1942) is hardly known in Spain and Latin America. Tersites (1807), The house by the sea, The comedian transformed (both 1912), and the comedy adaptation Volpone (1926), by the Englishman Ben Johnson, do not appear in the misnamed Complete works of Stefan Zweig published by the Juventud publishing house between 1952 and 1955. The four thick volumes of this celebrated edition compile the sum of what appeared in Spanish (mainly in Argentina) by the Austrian author; but by no means do they collect his complete work — not even in German is there a critical edition that captures the immensity of what Zweig wrote. It can be assumed, therefore, that the theater pieces mentioned have never been translated into Spanish. Instead, at the end of volume I, which contains the Soap operas, we find ourselves by surprise with the drama Jeremiah.

The translator Alfredo Cahn – Zweig’s personal friend – Jeremiah into Spanish while its author was still alive, although the translation was published in 1942. It is the only one that Spanish-speakers had until now. The new version of the experienced Roberto Bravo de la Varga is more poetic and more careful in style than Cahn’s; above all, it makes it current. Zweig emulated the biblical language and its pathos, with its exalted and tragic tones, and this careful translation gives that language naturalness and liveliness, restoring the force of the drama suffered by the Jewish people who refused to listen to their prophet.

Zweig conceived this work in 1915, in the middle of the First World War, while Europe was bleeding to death and he saw, astonished, how day after day the nations insisted on attacking each other with viciousness and ferocity. At the beginning and in the middle of the European maelstrom, Zweig many times recalled the biblical character who, already in ancient times, also cried out against war. His fellow citizens, blind to his words of warning, intoxicated with pride and excitement at a “glorious fight” to start, branded him a “defeatist” —although he called himself simply a “traitor” at the time – and it was not long before he was murdered for your criticism.

Zweig felt the need to rewrite that story, because in reality he understood it as a premonitory parable of the circumstance of Europe. The drama takes place in Jerusalem (6th century BC); it begins shortly before the siege of the city – which lasted eight months, according to the Bible – and ends with its destruction and the exodus of the Jews. The Chaldean armies of Nebuchadnezzar II consummated the assault, the looting and the subsequent massacre of a good part of its inhabitants. The fearsome Babylonian king ordered the killing of the two sons of Zedekiah, absolute monarch of Jerusalem. Also, burning the king’s eyes after forcing him to witness the sacrifice of his offspring.

Jeremiah heard the voice of Yahweh and prophesied what would happen if Zedekiah broke his alliance with Nebuchadnezzar II and, supporting the Pharaoh of Egypt, declared war on him. The prophet’s efforts to convince his fellow citizens and his king that peace must prevail over war were in vain. The common people were stirred up by another rival prophet, Ananías – a populist at the time – who was supported by the army, and he sowed everywhere the seeds of false illusions, promised epic victories and supposed future advantages born of that war that he indicated as necessary to obtain the freedom of the oppressed nation.

The events are precipitating and, as expected, very few listened to the words of caution and conscience that Jeremías spoke, while there were many who were seduced by the passionate siren songs that celebrated violence. The fervent prophet was labeled a phony and a saboteur. But in the end, when it was too late, the battered Jewish survivors of the war saw with awe the truth of their prophecies.

The tragedy was premiered, in a shorter version than the one that appeared in the book, at the Zurich State Theater on February 27, 1918. The triumph was tremendous. Viewers were stunned and awed by the power of the drama. Zweig was equated with Shakespeare. However, he had limited himself to expressing his contemporaries with many doses of anger and passion, with powerful versified cadences and different literary devices, what happened in Europe in 1914, when most of the nations seemed thirsty for war. Also then, the few voices that rose up against the coming catastrophe were ignored and banned.

In addition to drawing inspiration from the eponymous book of the Bible to create the figure of the prophet Jeremiah, Zweig noticed his great friend Romain Rolland. The Gallic author was one of the greatest critics against the war, a pacifist at all costs; and he became the highest public defender of “the conscience of Europe”, the one that unites the peoples and keeps them united in the ancient ideals of the Greco-Roman and Christian tradition.

But also Zweig himself, highly sensitized by Rolland’s anti-war stance and ideas, saw himself symbolically and ideally reflected in the prophetic figure of Jeremiah. Years later, in 1934, when the Nazis stood out on the horizon as lords of Europe, and communism was drawing its cruel plans for the extermination of hundreds of thousands of people in the Soviet Union, another figure with a conscience took shape in a book, thanks to Zweig’s storytelling expertise. This time it was Erasmus of Rotterdam. This biography of the great 16th century humanist sailed in the same wake as his Jeremiah. Both characters expressed the personality of the author who recreated them. For this reason, Zweig assured that both theatrical drama as their Erasmus They were his “most personal and private” works, because they expressed his clear position as an “eminent pacifist” and as a humanist.

With the publication of Jeremiah In book form – in 1917, at the Insel publishing house – Stefan Zweig’s meteoric fame as a successful writer began, as he achieved unusual sales for the time. He stated in his famous memoirs – under the title of Yesterday’s world-, that until the appearance of JeremiahEverything that he previously published paled as a mere trifle, frivolous and immature. From its publication, on the other hand, he showed his moral conscience and that position committed to world peace that would be his personal stamp from then on. Zweig was so pacifist that he never spoke out in public even against Hitler’s Germany. Only in the last great story he wrote, Chess novel, dealt an open blow to Nazism and its henchmen. But it remained for posterity.

When it was published Jeremiah and, even more so after it was released on European stages, the European sensibility was adequate to receive it: the Old Continent was fed up with blood and fire, fed up with the atrocities and miseries of war. And it was Zweig who dared to say what many were hiding in their hearts: that the Great War had been a sterile cruelty, a magnificent stupidity that cost millions of lives for nothing. Despite this, at the same time that Zweig expressed this truth in his drama about the reviled Jewish prophet, the play brought hope for the future, since it often happens that a force of reaction emanates from the defeated that the victors would like for themselves. And this was what Zweig also proclaimed with the power of his character’s conviction. Perhaps something could be learned from that new catastrophe —the author came to say—, and from such a deadly defeat, actually befallen all of humanity, perhaps a better future life in which there would be no more wars could be born like a phoenix. Zweig believed then that Europe would awaken from its nightmare and that one day it would form a unique cultural unit, free from nationalisms and divisions.

In his aforementioned memoirs, written a few months before he died, Zweig’s tone was more skeptical and even pessimistic: “I have seen the great mass ideologies born and spread before my very eyes: fascism in Italy, National Socialism in Germany, Bolshevism in Russia and, above all, the worst of all pests: nationalism, which poisons the flower of our European culture ”. By now I knew that there was no vaccine for that plague.

Look for it in your bookstore