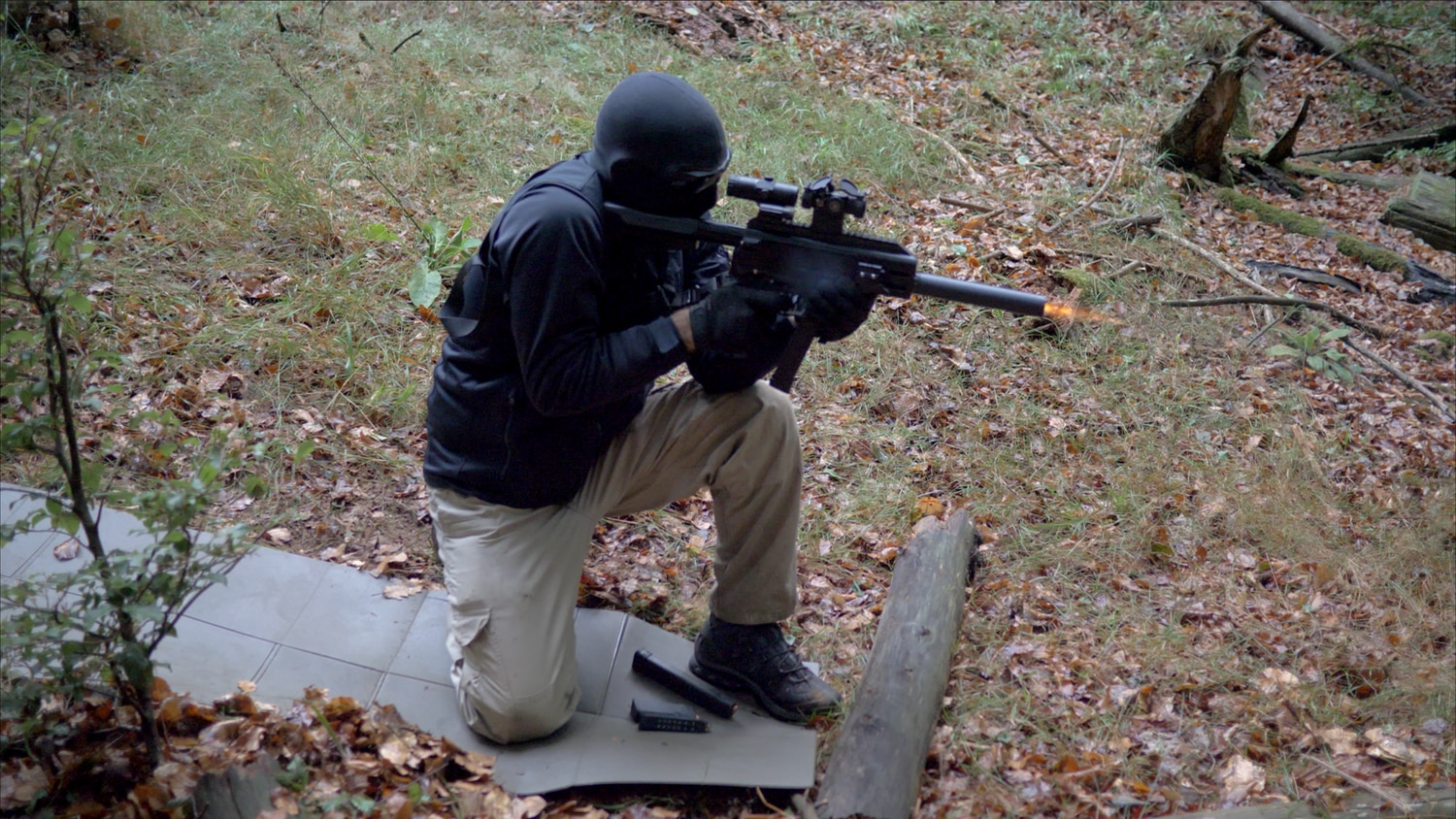 A $ 250 Chinese printer, online blueprints, and easy-to-find metal parts are enough to build a semi-automatic submachine gun at home. “The main reason for designing the FGC-9 is to circumvent European arms regulation”, dice a guy under the pseudonym JStark. The FGC-9 is a semiautomatic submachine gun he designed in 2020 and made almost entirely of plastic with a cheap homemade printer.

The FGC-9 and JStark are the protagonists of a recent documentary by British journalist Jake Hanrahan and who has seen half a million views on YouTube. JStark shows in a remote forest in Western Europe the capacity of his semi-automatic rifle that fires 9 mm bullets that he has also made at home. “It works practically like a normal submachine gun,” Hanrahan tells EL PAIS by audio message on Telegram. “I have been around many weapons in the last seven years in conflict zones, but beyond the fact that it looks strange, if I had not known it was a printed weapon it would not have seemed so at first glance. Even touching it, it didn’t feel like plastic, “he adds.

Hanrahan knows of other activists who have these types of weapons in their possession in Western European countries, where they are completely illegal: “There are different people in various European countries who have built an FGC-9, although to preserve my sources I cannot say more. “, He says. They are unregulated weapons and without any type of manufacturing control.

“JStark is the most dangerous person I have ever met,” Hanrahan says in the documentary. JStark is a member of an online community of about 20,000 people called Deterrence Dispensed (distributed deterrence) and they have two basic principles: absolute freedom of expression and free possession of weapons. The acronym of FGC stands for Fuck Gun Control (to hell with gun control). On their website they have published dozens of plans to build weapons. There is no control to check who accesses that community, centered on the encrypted Keybase chat. Deterrence Dispensed, founded in February 2019, is a nod to the group that created Liberator, called Defense Distributed.

The FGC-9 is the latest evolution of a 3D printer weapon creation process that began in 2013 with a pistol called the Liberator, made entirely of plastic. The reaction of the United States government, which forced its creators to remove the Liberator plans from the Internet, and the failures of the prototype relaxed expectations of what seemed like a revolution. Spain was then one of the countries where the Liberator plans were downloaded the most.

But since then, in the United States the progression of technology and the effort of gun lovers has greatly improved the quality and diffusion of these weapons. Europe, due to its restrictive regulation, is a much more appropriate place to promote this type of weapon, without any type of serial number or control. As this newspaper has learned, some European police have already come across printed weapons, although it is not clear which model, in some of their recent operations that have not yet transpired.

EL PAÍS asked Juan González, specialist in 3D printing and author of the Govaju channel on YouTube, to analyze the infrastructure used by JStark in the documentary: “It is the Chinese Creality Ender 3 printer, the cheapest right now. It is a top seller in 2019 and 2020 ”, he explains. It costs about 250 euros, although the JStark one may have some slightly tuned part: “It has tuned the fuser, the part that melts the plastic,” adds González, but it is something that can cost less than 100 euros more. “The material you print with is a bit more technical and there are also cylinders and internal metal parts,” he explains.

González has been in the 3D printing sector since 2010. He already experienced the appearance of the first projects in 2013. Now he declares little surprised with these novelties in light weapons: “It doesn’t surprise me. Real atrocities are being done in 3D: medical advances, a whole house, clothes. The positive developments in the end also carry a dark side ”.

That dark side will emerge as the knowledge spreads. It’s not technically easy to print something like that, but it’s not impossible either. “The hype a printer in every home is still a long way off. Printing in 3D requires some additional knowledge. You can download something but then you have to know how to assemble it and do it well. It is not putting two pieces together like a Lego ”, says Eric Pallarés, technology director of the BCN3D company.

Hanrahan thinks it depends on whether there is a win behind. “In the documentary JStark he says, ‘Why aren’t a lot of people doing this? Because they have no motivation. I have the motivation. ‘ It may take a little longer than the 2 weeks JStark says, but it’s not that difficult if you give it your full attention, ”he says. 9mm bullets are also difficult to obtain in Europe, although JStark is capable of making them at home.

González also believes that it is a matter of time, without much else: “The difficult thing about this process is to make the 3D design and make it functional, but once you have it in a week or two watching videos of how it is printed, you can download it and do it. “, Explain. It won’t be perfect the first time, but it’s nothing unreal.

There are three types of weapons made with 3D printing: all plastic, hybrids like FGC-9 and those that use only some plastic part. “Hybrids today represent the most viable type of firearm in countries with strict gun controls, like many European nations,” says the report. Desktop Firearms about 3D printed weapons from Armament Research (ARES). “The FGC-9 is seen as the most capable 3D weapon that exists today,” they add. The appearance of this weapon is, according to the authors of the report, only the first step towards a future where arms control will be more difficult: “It is very likely that the FGC-9 is simply the first design of a new wave of weapons from cheap fire, almost entirely homemade and that solve material limitations with readily available components or parts of weapons that are not regulated.

The next step seems to be imminent: converting this FGC-9 into an automatic weapon. “It is relatively easy to make it automatic,” says Nic R. Jenzen-Jones, director of ARES, to EL PAÍS. “I understand that the modifications to do so are already circulating and that the ‘official’ plans will be published later.”

If you have more information on this subject, you can write to: [email protected]