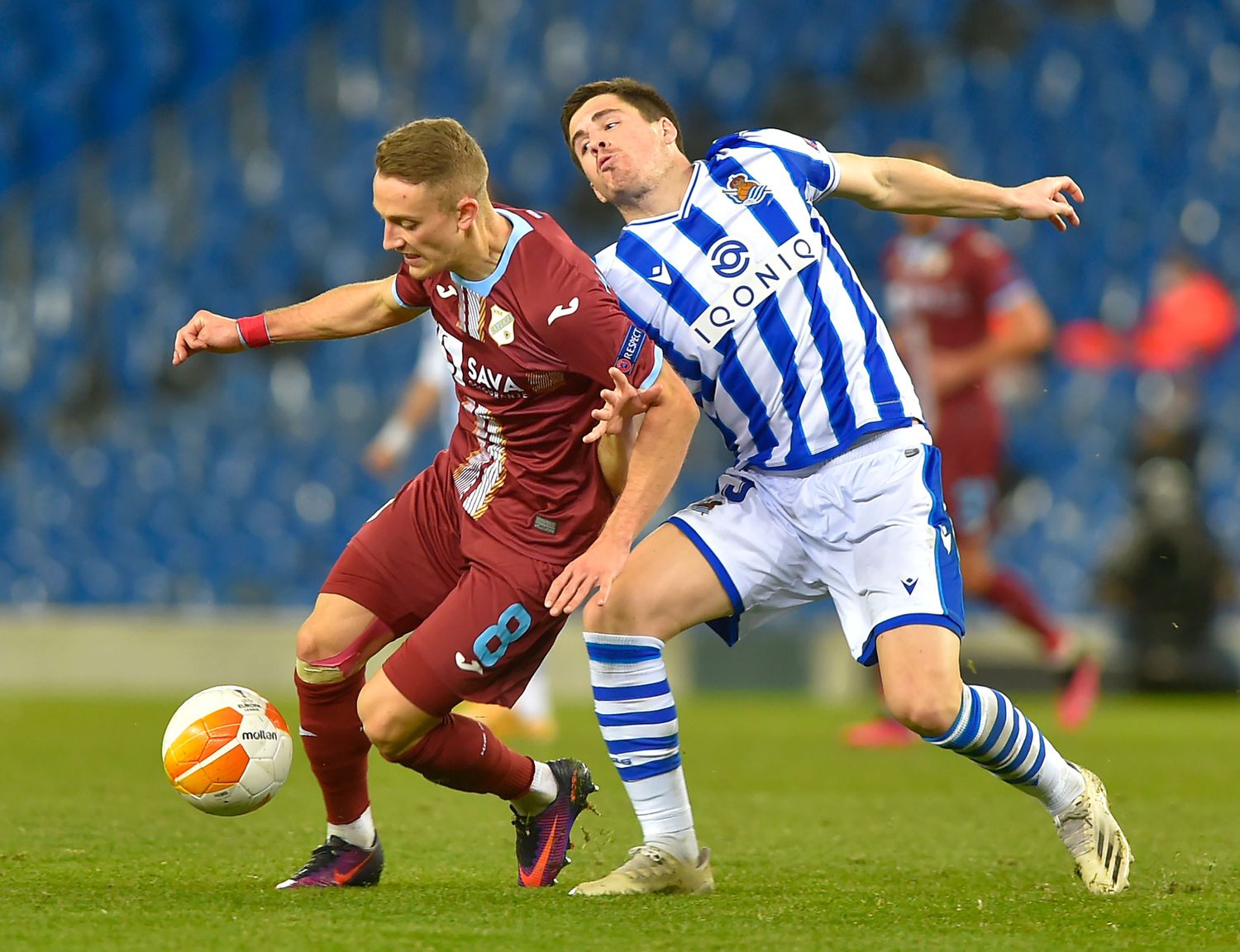 La Real complicated life in Anoeta on Thursday against a minor rival. Rijeka was already out of the Europa League, but played in the San Sebastian field as if it were the Champions League in the attempt. Now, Imanol’s men will have to go to the boarding in San Paolo against Napoli, who already won in San Sebastián. The draw between the Italians and AZ Alkmaar (1-1) forces the Basque team to equal the result of the Dutch on the last day. If they win, the Real will have to do it also to access the sixteenth, so they will not be able to speculate against a Naples that needs to get at least a draw.

The Royal Society had its plan well underway against a Rijeka that is nothing to write home about. Not this. A bunch of equipment. But sometimes, the medium-sized rivals balk up and are intractable. The Donostiarras were well placed, with an excellent attitude, and eager to quickly solve the process. Isak, boisterous, cheerful on the field as a rattle, had the first chance at 10 minutes, after a foul by Merino that the referee did not see, and that he would have gone into error limbo, because in the Europa League there is no VAR.

Or is there? Because nine minutes later, Isak was the protagonist again. La Real threw a corner, the Swedish footballer entered the shot, but perhaps in homage to Maradona, he raised his arm and hit the ball. Joao Pinheiro, the Portuguese judge, saw something else and signaled a penalty. The quilombo was mounted.

The Rijeka players surrounded the referee, scandalized. The closest line assistant seemed to confirm his teammate’s decision and Oyarzabal placed the ball eleven meters away while Simon Rozman, the Croatian coach, ate the fourth official’s ear. Then the VAR of walking around the house appeared. Someone said something to the referee over the internal communication system. It had to be a tip. The referee approached the linesman, they spoke, and converted the penalty into a dropped ball. He didn’t even point out Isak’s fault. All very strange. Like the television monitor at the UEFA delegate’s table, next to the benches.

Pinheiro’s grotesque decision, which ended up getting it right by making a mistake, unbalanced Real in a certain way, not so lucid since then in the face of the orderly defense of five players that Rijeka raised, almost inoperative in attack until it caused a corner in a foul of understanding between Remiro and Monreal. The launch was combed by Galovic and Velkoski clinched it to overtake the Croatian team by surprise.

The Real had to row from that moment. The visitor behind was tightened, closing the roads and held firmly until the break. After the break, Imanol called out, launched his men to the comeback. To all. The central Le Normand was the first to act, but his shot from outside the area was beaten by Nevistic, the Croatian goalkeeper who worked hard. Then it was Oyarzabal who tried a slalom that a defender took from the line.

Jon Bautista came out, the striker who unblocked the first leg, and in one of his first actions he received from Gorosabel from the right, got away from his marker turning around and shot the tie. Real then turned to victory, but again in a corner their woes returned. It was Rijeka’s first arrival in the second half. He forced two shots, and on the second, Loncar caught a fumble at the penalty spot to get past Remiro.

Once again, Real had to row, each time with less time and a rival locked in his area. Monreal managed to open the can again, but it was too late, and the draw forces the Donostiarras to entrust themselves to San Paolo.