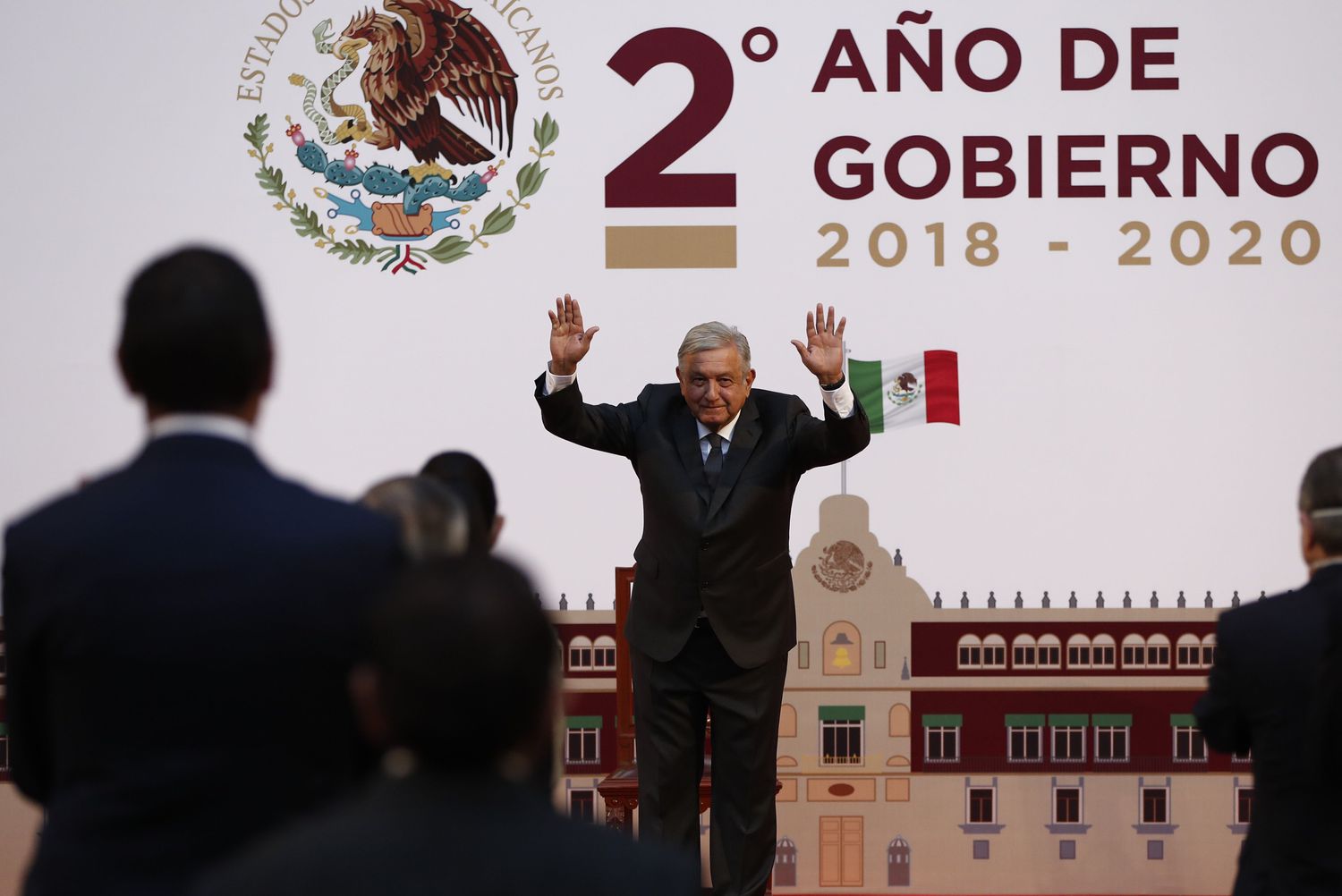 The search for references has been accompanying the reflections of the left on both shores of the Atlantic for decades. When these references reach the Government, their symbolic reach multiplies, since they become a possible mirror. Today the Mexican president, Andrés Manuel López Obrador, and the formation that brought him to power, Morena, are a focus of interest for progressive movements in Latin America and Europe: those who govern, those who governed, those who have never done so and those who have never done so. seeking to return. On the second anniversary of the start of the so-called Fourth Transformation, a score of progressive leaders wrapped up that party on Tuesday, called for the unity of the progressive forces on the international board and asked to end neoliberalism.

From the former president of the Government of Spain José Luis Rodríguez Zapatero to the current second vice president, Pablo Iglesias, the former president of Uruguay José Mujica or the Ecuadorian Rafael Correa; through the Colombian opposition leader Gustavo Petro, the French Jean-Luc Mélenchon, the co-founder of Podemos Juan Carlos Monedero, the Mexican writer Paco Ignacio Taibo, director of the Economic Culture Fund; in addition to Mario Delgado, president of Morena, or the philosopher Enrique Dussel, the organization’s national secretary for political training. All pointed out in a virtual tribute organized by the cartoonist Rafael Barajas, The Snoop, a path that aims to reach “post-neoliberalism”. A place with diffuse borders that they tried to unravel for almost four hours and that, ultimately, seeks to consolidate progressive projects and break with the past.

Iglesias, responsible for Social Rights in a Government, chaired by the socialist Pedro Sánchez, who had friction with López Obrador after he requested an apology for the crimes of the conquest, intervened from Madrid with a recorded message in which he compared the victory de Morena in 2018 with the presence of Podemos in the Executive. In his opinion, “it expresses a boom in the popular push towards social justice, it opens up enormous opportunities for the peoples of Latin America and also for the peoples of Spain.” “We have many challenges to face all and all together,” he continued.

Zapatero delved into what he considers a priority, that is, looking for common platforms, especially in Latin America. The former socialist president. “The left must reaffirm and recover its internationalist vision. Those have been the best moments in its history, its vision of being able to give a coordinated global response ”. The crises, he pointed out in reference to the consequences of covid-19, “are global crises, now forever.” And he called to trust, despite everything, in the future. Pessimism has never created a job. We need that strength of conviction for citizens to give us confidence. This year will be marked by a serious global crisis. But a century ago, in 1920 we had already had the first world war and we also had a pandemic that was devastating, “said the former president before raising the need to think about a” great reconstruction. “

In the first decade of the century, America was dominated by a left axis that did not stop growing. After the so-called Bolivarian revolution initiated by Hugo Chávez in Venezuela, Luiz Inácio Lula da Silva in Brazil, Rafael Correa in Ecuador, Evo Morales in Bolivia and Néstor Kirchner, later Cristina Fernández, in Argentina came to power. José Mujica was elected President of Uruguay in 2010. Then Chavismo had not yet accelerated its drift, which was precipitated with the death of Chávez and the government of Nicolás Maduro. However, in the last decade some of those projects began to show signs of exhaustion. There was a change in Argentina that was later settled with the return of Peronism. In Bolivia, Morales was overthrown at the end of 2019 under pressure from the Army amid accusations of fraud in the last elections, but his party, the Movement for Socialism, has just regained power. In Brazil, the ultra-conservative Jair Bolsonaro governs and in Ecuador the candidate related to Correa, Andrés Arauz, who also participated in the tribute to the Fourth Transformation, aspires to win in 2022.

With these premises in the Latin American political map, Mujica spun a self-critical reflection and affirmed that “progressivism in Latin America has achieved some things in the distribution, but it has not changed the essential.” “We have to fight for the concept of a State responsible for social issues,” considered the politician. Among the other speakers, Monedero invited to deepen the tasks of party-movements such as Morena. “Neoliberalism is dead, but many people do not know it and that is why they are going to die killing,” he warned. Mélenchon, leader of France Insoumise and opponent of the Government of Emmanuel Macron, also influenced from Paris on the cooperation of left-wing organizations to “get out of danger together.” “Our victories are not possible without you,” he added, addressing López Obrador and Mario Delgado, who have just taken the reins of the Mexican party. He had set it minutes before as a goal: “Today more than ever we must strengthen our ties and walk united and united. Today the dream of Bolívar and Che to forge a united America, a great homeland, is more alive than ever ”.