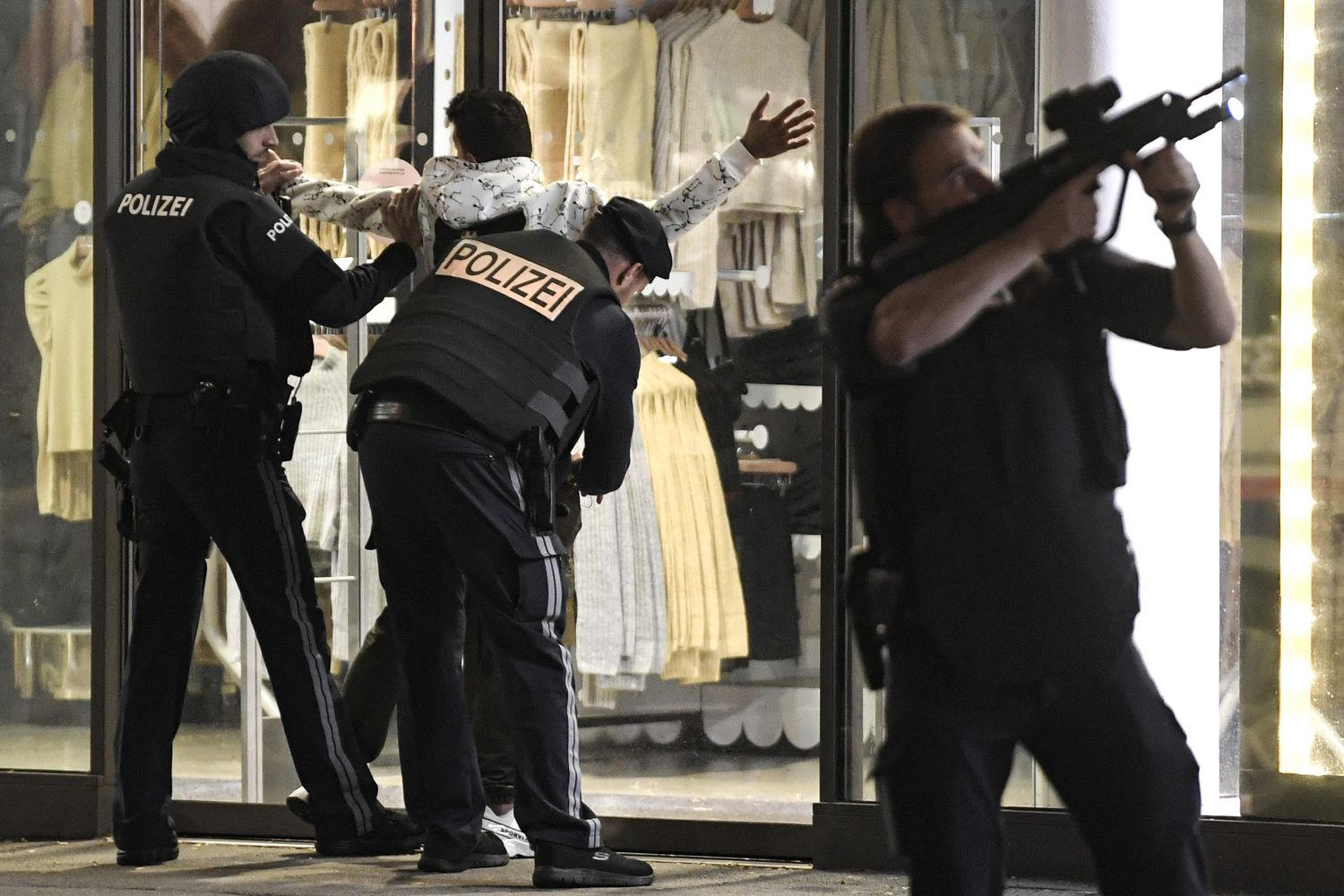 In the midst of a pandemic, jihadist terrorism strikes again in Europe. But it is very different from the one that, until four years ago, was capable of causing dozens of deaths with sophisticated attacks carried out by men with experience on the battlefield in the Middle East and linked to international groups. A 25-year-old Pakistani who had been in France for two years. An 18-year-old Chechen who had come to this country as a child and had been educated in the French school. A 21-year-old Tunisian who had just landed on the continent via the Mediterranean migrants’ route. A 20-year-old Austrian, the son of Albanians from North Macedonia, who had tried to go to Syria, without success.

The perpetrators of the attacks in the last month and a half in France have a common profile: they apparently acted alone, were not registered by the intelligence services and used knives to attack. In the Austrian case it is different: the terrorist carried combat weapons, including an assault rifle, a sawed-off Kalashnikov, and a machete. And he had been through jail.

Recent attacks show that despite the annihilation of the caliphate raised by the Islamic State (ISIS) in the summer of 2014, the threat persists in a battle of ideas that is the breeding ground for many young people. radicalized. The physical caliphate in Syria and Iraq has been replaced by a virtual caliphate.

“[Los seguidores del ISIS] they have never disappeared ”, explains the Swedish researcher Michael Krona, co-author of The Media World of ISIS (The media world of ISIS), who estimates that the followers of the terrorist group are present on around 100 platforms online. “On the contrary,” he adds, “there are signs that suggest that they have grown in number in recent times. Since 2018, the survival and expansion of the ISIS brand is largely due to increased activity from its supporters [en la Red]”.

What has changed is the type of attacks and their lethality. In France, between 2015 and 2016 – the years of the ISIS-related attacks against Charlie Hebdo and the Jewish supermarket Hyper Cacher, Bataclán and the terraces of Paris and the seafront in Nice – 239 people died. Since 2017, 24 have died.

“In Madrid, in 2004, in Bataclán in 2015, in Barcelona in 2017 they were structured groups that had a certain logistics. All this is over ”, explains Olivier Roy, professor at the University Institute of Florence and specialist in Islamism. “Now we have individuals out of nowhere, without special training, often not very psychologically stable and who attack with kitchen knives. Kitchen knives are proof that there is no net behind. Because if you want to kill a lot of people you need a Kalashnikov. The objective is not to cause the maximum number of deaths but to kill and die, because everyone dies ”.

Roy alludes to the three attacks in France in little more than a month. On September 25 at the former headquarters of the satirical weekly Charlie HebdoWhere in January 2015, 12 people were killed by a jihadist attack, Pakistani Zaheer Hassan Mahmoud injured two people before being arrested. On October 16, Abdouallakh Anzorov, who had been born in Moscow in 2002 and had come to this country at the age of six, beheaded the school teacher Samuel Paty for teaching the cartoons of Muhammad published in the classroom. Charlie Hebdo. Later he was killed by police shots.

On the 29th of the same month, Brahim Aouissaou, who had left Tunisia in mid-September and a few days later had entered Europe via the Mediterranean, slit and stabbed to death three people in the Notre-Dame basilica in Nice. Aouissaou is hospitalized. On November 2, Kujtim Fejzulai, who had been released in December 2019 after a brief stint in prison for wanting to join ISIS in Syria, killed four people on the streets of central Vienna where the Viennese had been rushing the last hours before of a new confinement by the coronavirus. Fejzulai was killed after the attack.

The publication again, in early September, of the Muhammad cartoons in Charlie Hebdo, coinciding with the start of the trial of the alleged accomplices of the attacks, it has circulated in these networks as a new argument of these terrorists. Added to this, in the following weeks, was the speech of the French president, Emmanuel Macron, on the so-called “Islamist separatism”; the calls for a boycott of France in Muslim countries; and the geopolitical pulse of the Turkish president, Recep Tayyip Erdogan, with his French counterpart.

And all this, a year after the death of califa Abubaker Al Bagdadi – jihadism likes symbols and ephemeris – with ISIS re-emerging between Syria and Iraq, and in a context of global confinement, tremendously open to the radicalization of young people and the massive use of the Internet.

“The profiles of the attackers remain similar: angry Muslims of immigrant descent, filled with hatred after absorbing ISIS’s online content, and more recently also fueled by the reissue of the Muhammad cartoons, than those who carry out the attacks are considered blasphemy and hate speech, ”says Anne Speckhard, director of the International Center for the Study of Extremist Violence and a professor in addition to psychiatry at Georgetown University.

“ISIS has always been flexible adapting its story to each situation,” says the Swede Krona. “The narrative of victimhood and revenge has been rekindled after the death of Professor Samuel Paty and the republication of the cartoons of Charlie Hebdo, with statements by French officials about France at war against Islamism, which have been used by ISIS followers to justify more attacks, something very worrying.

The jihadist project never disappeared, despite the defeats in the Middle East and the failure in its attempt to sow civil discord in Europe with the attacks.

On Twitter, Facebook and even Instagram there is still talk of a war between the West and Islam, with two fixed banners, according to experts. First, revenge, for the fall of that physical caliphate implanted between Syria and Iraq by Al Baghdadi and the confinement of thousands of its militants in Kurdish prisons. And second victimhood, for the alleged aggression suffered by the religion of Muhammad. The prospect of the exit to the streets of dozens of jihadists who are today in French prisons adds another unknown. And the circumstances that have described jihadists of the last five years also persist: the presence in the neighborhoods of a Salafism (rigorous Islamism) that flirts with jihadism (violence against the infidel), and a generation of twenty-somethings with Arab-Muslim roots in risk of marginalization.

But the terrorists today are different, according to Olivier Roy: the generation that perpetrated the attacks between the 1990s and 2015 – second-generation Maghrebis in France or Pakistanis in the United Kingdom – is leaving the scene. Now the origin is varied or children of new arrivals of immigrants. And in the future?

“If my hypothesis is good, there will be a radicalization of the young people of the Balkans and Chechens, and perhaps, at a certain moment, of Turks, because there is something extraordinary: the absence of Turks in terrorist radicalism in Europe”, he replies Roy. “And then there will be globalized, guys who go from one place to another, like the Pakistani or the Tunisian.”