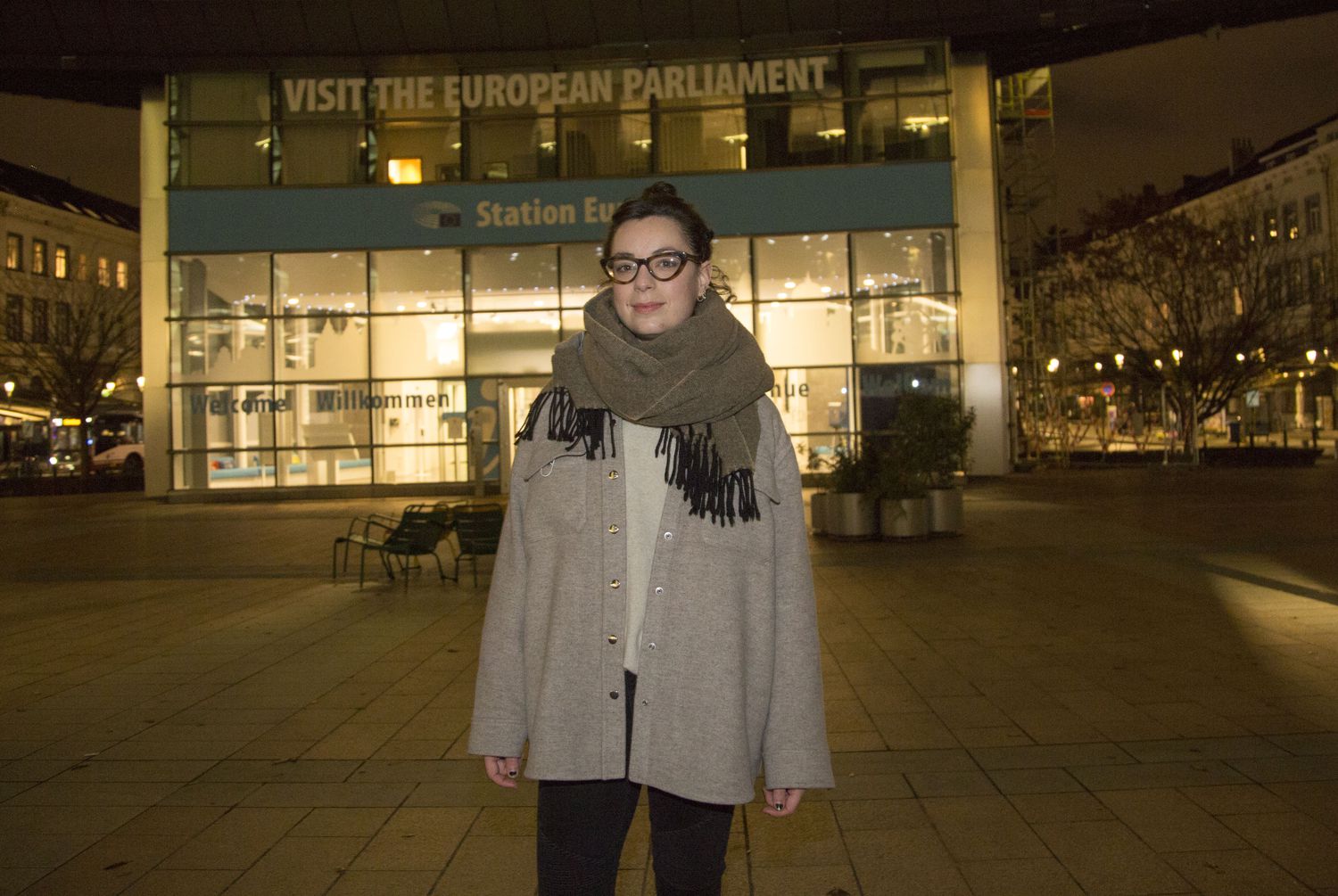 In July 2019, the Spanish Luisa Izuzquiza (Madrid, 29 years old) became the first person to bring Frontex to trial for a civil rights case. The activist, along with her German colleague Arne Semsrott, sued the European border agency before the EU Court of Justice for lack of transparency in its operations in the central Mediterranean. The court dismissed their allegations months later and established that Izuzquiza and Semsrott had to pay the procedural costs, a total of 24,000 euros. Given its refusal to take on the bill, it is now the institution that demands that the money be paid in court.

Just two weeks ago, the Spanish received the notification from the court based in Luxembourg. The agency not only claims the costs of the initial process, but also those of this second. “With its decision, Frontex sends a message of intimidation to civil society that wants or tries to bring them to trial again,” Izuzquiza said by phone from Brussels, where he works at the NGO Corporate Europe Observatory, which is dedicated to denouncing the power of the lobbies in European politics, although the case was presented on his own. “The worrying thing is that these acts of deterrence work. Anyone who is interested in litigating against them and sees how they have reacted to us is going to think twice, “he says.

It all started when the activist was investigating the response that the body dedicated since 2005 to the control of the external borders of the European Union was giving to the management of migrants in the central Mediterranean. Faced with the increase in deaths from drowning on that route, in 2017 it asked the agency through the EU transparency portal how many ships it had deployed – and of what type – in the framework of the so-called Operation Triton (now replaced by Themis) , the mission in charge of guarding the coasts and also helping potential shipwrecks in the area. Frontex, whose practices and lack of transparency have been questioned by some civil organizations, refused to respond alleging security reasons and it was then that she and her partner, with the help of three lawyers, decided to build the case. In November last year, the court agreed with the agency, considered that the disclosure of certain information could be detrimental to its operations and forced the activists to pay.

“What usually happens is that the European institutions never claim the costs if the person who brings them to trial is a civil society actor or an NGO. It is like a kind of democratic gesture. They just let it be, ”Izuzquiza says. It was not the case. When Frontex sent her a letter in January asking her to pay the expenses before the end of the month, she decided to launch a campaign to try to get him to give up. “87,000 people and 40 NGOs supported us,” he says, although his struggle was unsuccessful.

The European Border and Coast Guard Agency, as it is officially called, points out through a spokesperson that with this initiative “it not only adheres to the principle of the rule of law, but also fulfills its obligation to ensure sound financial management, protect the financial interests of the EU and execute responsibly your budget ”.

“As a public institution that depends on funds that ultimately come from European taxpayers, we cannot reject a court ruling that asks the parties who sued us to pay the legal costs,” he adds. The Warsaw-based agency, which, as a result of the migration crisis in Europe between 2015 and 2016, saw its powers strengthened, recalls that its objective is to balance transparency with the protection of confidential information, and that the ruling confirmed that Frontex achieved that. Balance.

Luisa Izuzquiza, for her part, considers the moment of the complaint before the court to be particularly relevant, when the agency is in the spotlight for its possible participation in hot returns on the Greek border. After a journalistic investigation pointed out that several Frontex agents were involved in these practices, the agency itself decided to open an internal investigation into the matter at the end of October.

In November, European Ombudsman Emily O’Reilly launched her own investigation to assess the effectiveness and transparency of the complaints mechanism that Frontex has for those who believe that their rights have been violated in the context of the agency’s border operations, as well as the role and independence of its head of fundamental rights.

The court will now determine how much money it is reasonable for Frontex to claim from the activists. Aware that the process can be slow, Izuzquiza awaits sentencing over the next year.