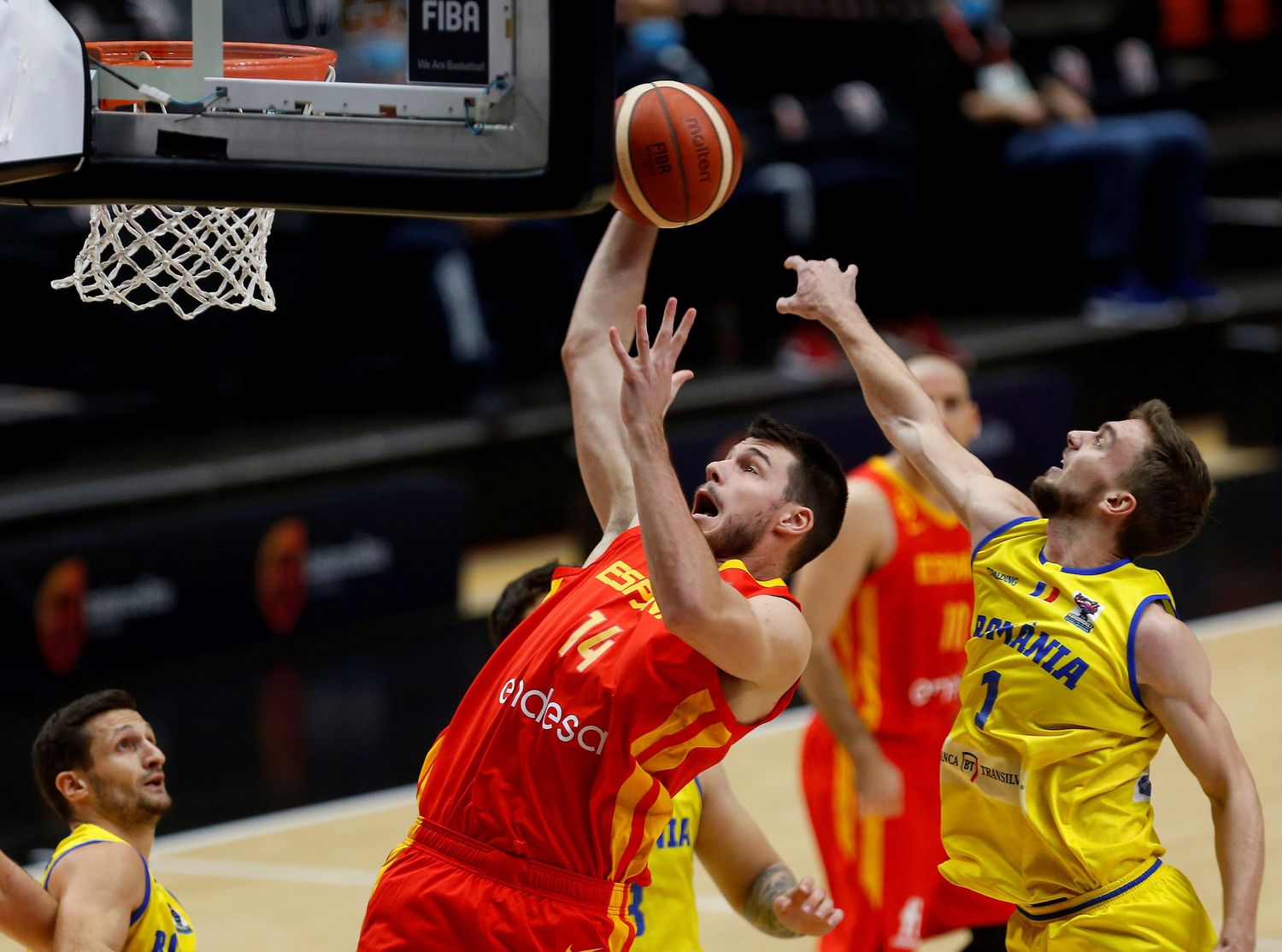 Spain is already one of the 24 teams that will be in the 2022 Eurobasket of the 32 that started the classification. With much less brilliance than heading to the World Cup in China, Sergio Scariolo’s selection met the goal with two days to spare and will be able to allocate the matches of next February to work in the immediate future, in the search for pieces that complete the list for the Tokyo Games for example. Romania could not even complain before the push of Tyson Pérez, the application of Darío Brizuela (17 points) and López-Aróstegui, and the desire of Jonathan Barreiro, Víctor Arteaga and Rubén Guerrero (12 rebounds). The weakest rival in the group, with the win counter at zero and already eliminated, was easy prey for a team with a spirit of revenge after the skid against Israel. Romania accepted from the initial jump to become the sparring of a procedure that was closed with a difference of 53 points (94-41).

Scariolo recruited the three pieces from Unicaja (Alberto Díaz, Darío Brizuela and Rubén Guerrero), Javi Beirán, to put on World Cup experience, and Tyson Pérez, to replicate the contribution of the absent Sebas Saiz. And the formula worked instantly against a weak Romania (17-4, m. 6). In February, Spain prevailed with solvency in Cluj Napoca with the expansive spirit of Saiz (17 points and 10 rebounds that day) and the state of grace of Dani Díez (21 points, with 4 of 6 in triples) as the main weapons. This time it was Brizuela who was in charge of supplying points at a good pace, 10 in his first seven minutes on the track, to unstitch the rival. Then the leader of this team from the windows, Quino Colom, and also Jonathan Barreiro appeared, discarding against Israel, to preserve the momentum of the game. It was about giving continuity to the intensity and concentration, not to fall into the same sin of dispersion as in the game on Saturday. The amendment purpose succeeded.

Spain disappeared after the break against Israel and was overwhelmed and without arguments in the second half that sparked Scariolo’s self-critical reflection. “We all know that Spain is the country in the world in whose league there are fewer national players, and specifically the average number of minutes played in the ACB for this group of 13 players is more or less 17 per game. In addition, there are none who play abroad, ”said the coach on the eve of the decisive match against Romania. “The situation and the data are very worrying,” Scarilo added. “Players have to understand that it is key to stay focused for 40 minutes … There are many things that are acquired by playing, competing, making mistakes and learning from mistakes. That is why these windows offer a good opportunity to add more experience and at the same time ensure qualification for the Eurobasket ”, concluded the coach. It was enough to win Romania for the second time to seal the ticket to the 2022 European Championship and the rival did not present an excessive battle (45-21, m. 20).

The psychedelic configuration of the FIBA ​​windows is at once treacherous, as to leave European champion Slovenia out of the World Cup, and amiable, as to allow Spain to earn qualification with just two wins. In group A, Israel (four wins in four games) and Poland certified their classification together with the national team with two days to spare. With the secured passport it was a question of influencing other aspects. “We must try to give international experience to our players, who have very little,” said Scariolo. A problem, fundamental and basic, that is exposed when, in the absence of the Euroleague and NBA pieces, it is necessary to look in the closet of the Spanish basketball rotation. Teams like Baskonia or UCAM Murcia only have one player selectable in their squad and to this is added that key players like Colom and Beirán are separated in their clubs. The coach has no resources to spare. But, squeezing the rotation, Tyson Pérez stood out this time and Spain managed the mission smoothly (54-24, m. 26). As the minutes passed, the difference reached 53 points, with room for everyone to enjoy and the claim of many. In 2022, five years after the bronze in the European Championship in Turkey, that event in which Juan Carlos Navarro put the culmination of his career with the red team, the Spanish team will once again put its continental dominance to the test, with nine medals (three golds, three avocados and three bronzes) in the last of 10 tournaments.