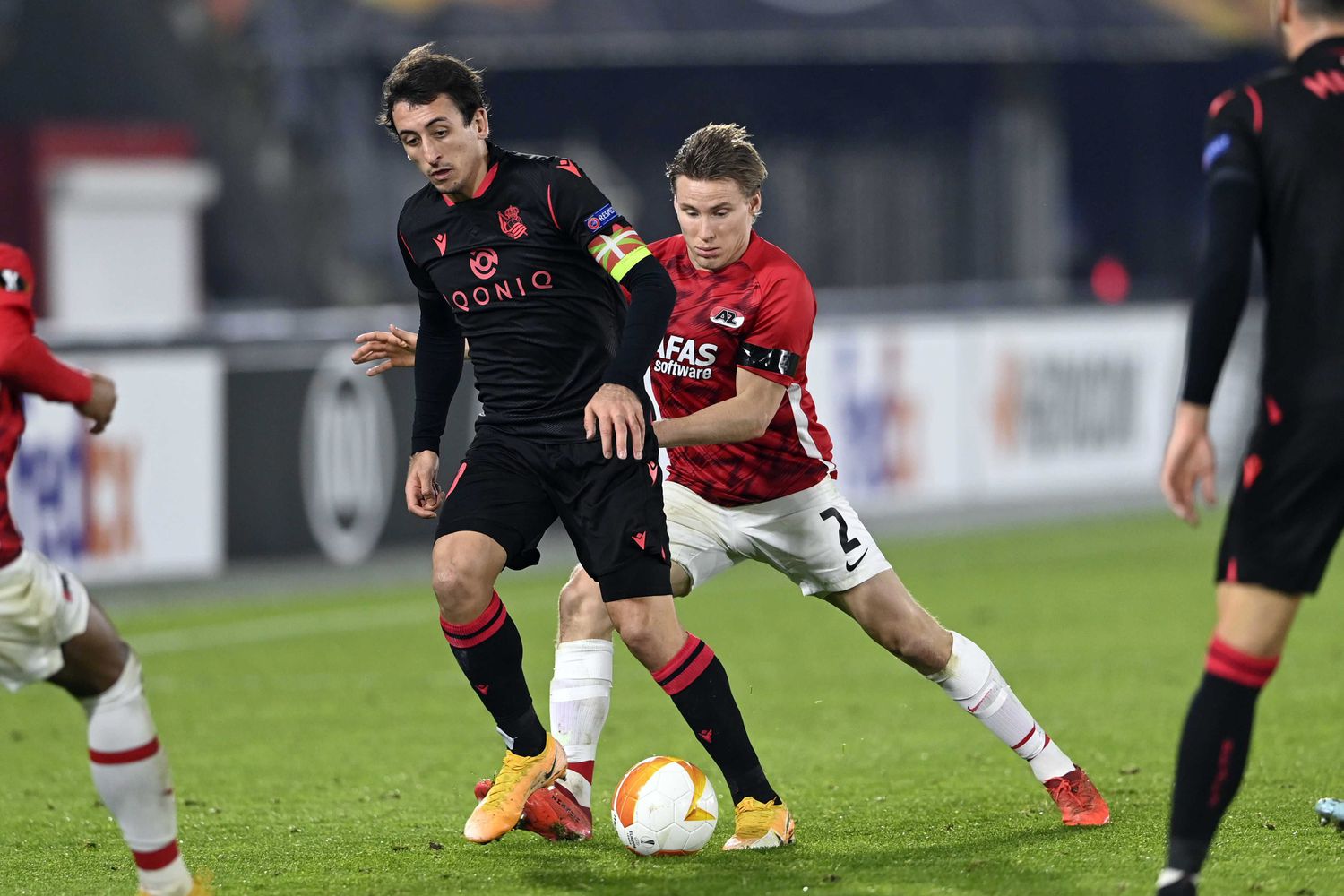 La Real could win, could lose and finally tied. In a game in which the ball went happily around the two goals, the score remained as at the beginning. Nobody scored although there were more than enough opportunities to do so. The Basque team has not yet certified its classification, since it is tied on points with AZ and its pass will be played in the last two days. Although the result of Anoeta favors him, it cannot be neglected.

It is difficult for the Real to catch its usual tone in Europe. Continental rivals have not proven to be better than those in the domestic championship, but their performance is being somewhat lower. There are no apparent reasons for that gray tone, except perhaps the low rotation ordered by Imanol Alguacil between one tournament and another, but it is very tempting to use players who are performing so well over and over again.

Of course, in the game against AZ, the lighthouse that illuminates the team, David Silva, was missing. He was replaced by Januzaj, who has a very different profile, despite his good taste for the ball, so it was Oyarzabal who took command of the operations and was in charge of pushing the Dutch team towards his field. The captain took it seriously, as always, and led his team, which was not accurate against a team that already in the first leg showed abundant deficiencies in the rear.

But AZ was not the same as Anoeta, where he gave a poor sense of defensive inexperience, and was able to conceal a win. Real immediately realized that it was going to find a much rougher match than that of San Sebastián. It was not the same, because if then, the San Sebastian deployment did not find effective responses, in Dutch territory, each visitor attempt found a replica in the premises, spurred by the rockets that their followers launched from outside the stadium.

A pass from Isak’s death, which Januzaj finished off high, Koopmeiners responded with a shot that Remiro neutralized in a great save. Then it was Stengs who fired out by inches, while the realistic offense was slowly fading. At half-time, it was very unclear what could happen in the outcome, and less after the initial minutes of the second half, because although the Real took command, they fell asleep for a few minutes and AZ was about to sentence. Between minute 57 and 60, the Dutch enjoyed three clear occasions. First, Zaldua deflected a shot that was looking for the goal to corner; a minute later, De Wit’s header shot almost by accident into Remiro’s legs, who had been frozen in place. On the next play, Koopmeiners fired at the crossbar from outside the area.

Afterwards, Imanol’s team shook off the drowsiness, and took the reins of the game again, although he could not prevent each blow from having an immediate response, especially in the final minutes. After a free kick by Roberto López, which Bizot deflected, and Willian José crashed, in the continuation of the play, in the body of his teammate Portu, the most dangerous action of AZ came, already in minute 87, in a Boadu’s gallop that finished in a cross to Aboukhlal that the forward shot very badly over the crossbar, when he was alone in the small area. The scare for the Real was superlative, although the Donostiarras replied with a clarification to Merino, who already in the area, fired too crossed.

It was not the day of the aim for either team, so after a showy game, the score remained unchanged and both Real and AZ will have to play the classification in the remaining games.