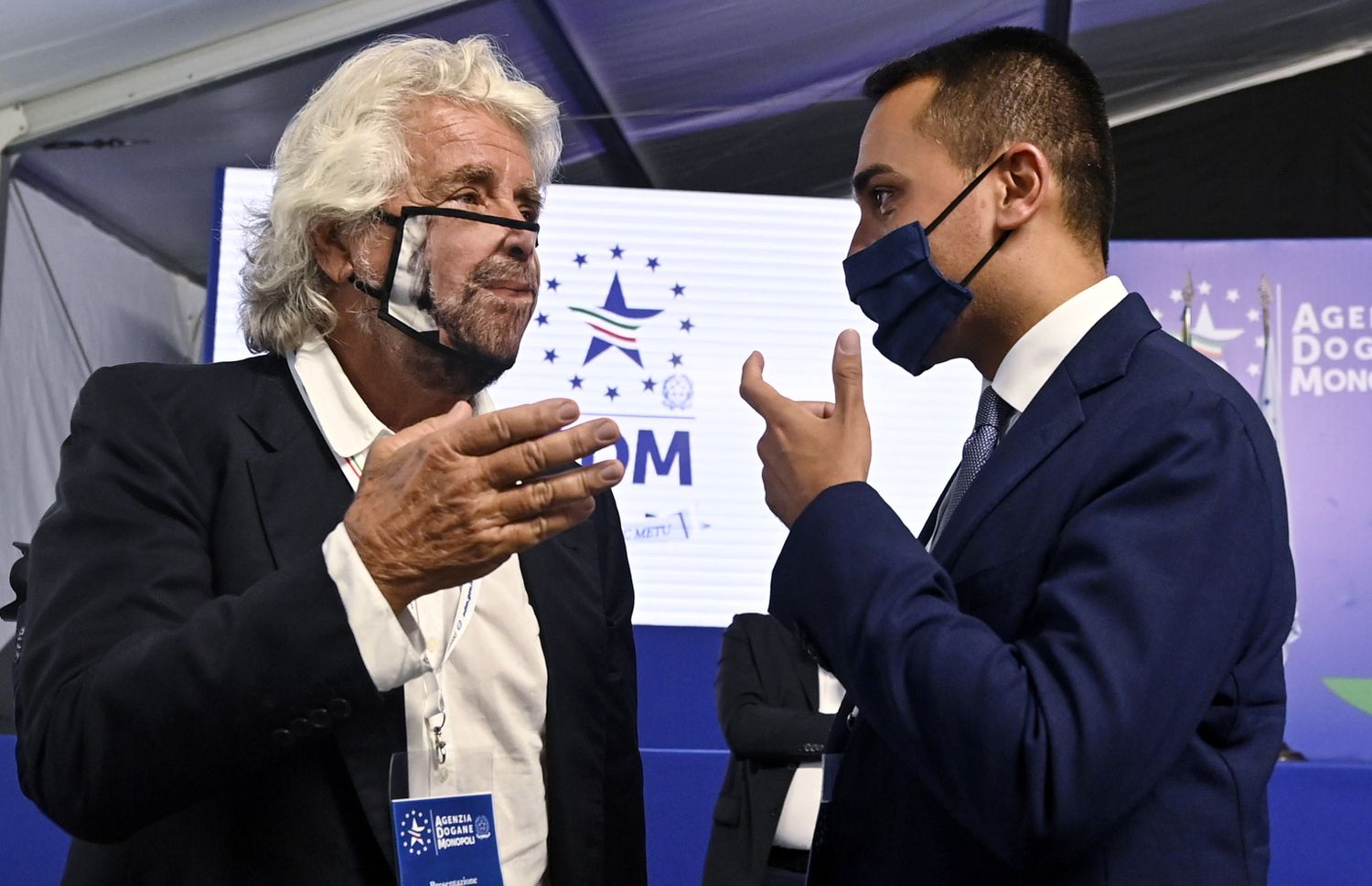 The 5 Star Movement (M5S) was born just 11 years ago as a popular response to the Berlusconi, al establishment political and economic and corruption. Those were the years of the great recession and its founders, the comedian Beppe Grillo and a communications entrepreneur, Gianroberto Casaleggio, found roots in the period of Tangentopoli, the enormous case of corruption that liquidated the so-called First Republic and that gave birth to popular heroes such as the prosecutor Antonio Di Pietro. They fired at Europe, shouted outside the palaces and admitted into their opaque bosom militants and leaders of the right and left who bet on a future of democracy on the Internet. The M5S became an electoral missile that assaulted power on the 8th. March 2018, when they swept the elections with 33% of the votes. Today, however, the same lack of definition and lack of anchorage in the territory has turned against a party installed for more than two years in the command tower of Italy.

Last weekend the M5S convened its States General. A virtual meeting to discuss his transformation and lie down on the political couch. The list of problems was long. The M5S has no structure in the territory and bleeds itself every time there are local elections (it does not govern in any region and is one step away from losing Rome and Turin, the two great capitals that it conquered 5 years ago); For months, when Luigi Di Maio – current Foreign Minister – resigned, he has lacked a political leader; the right-wing voters have almost all gone to the League; They do not have a parliamentary group in the European Union and their internal battles destabilize the Government, of which they are majority partners. Their level of consensus, meanwhile, has gone from that 33% to 15.9% attributed to them by the latest Ipsos survey for The Corriere della Sera.

The transformation of an organization that succeeded in placing an unknown lawyer named Giuseppe Conte as Prime Minister is today a matter of life and death, says political scientist Giovanni Orsina. “The origins of the movement were based on the opposition, on the protest. They trusted the constructive part of their proposal to the discourse of direct democracy through the web. But that experiment never finished working and they are today a party that governs and allies with everyone: just the opposite of what they said. The protest has turned into lust for power. So they must provide structure, because internal instabilities turn into weaknesses of the Government ”.

The idea of ​​direct democracy, articulated through a software created especially for the M5S, it sounded better in speeches than in reality. All the votes – referendums, election of political leaders, bills – have been managed in recent years through an opaque computer platform called Rousseau and controlled by Davide Casaleggio, the son of one of the founders of the party he inherited via blood the important share of power of his father over the formation. The restricted list of militants who can vote (about 130,000 out of several million voters) is not public and belongs to the Casaleggio Associati. A strange case of private democracy of which almost everyone in the M5S (except for the most populist sector, led by Alessandro Di Battista) has already tired. “The statute will be modified by granting Rousseau a service contract. That is, it may be terminated. Until now it was not possible. The registered list will go to the M5S ”, say party sources.

Deputy Sergio Batteli, president of the EU Policy committee in the Chamber, goes further. “The platform belongs to a private association. It is not traceable or democratic. When there is an association like that, which owns the platform and the rules are not clear, you see that something is wrong. Direct democracy must remain, but not managed by a private association. The know-how de Rousseau should go to M5S ”, he points out about what has become the core of the internal dispute. But the changes are also intended on a European scale.

Criticisms of the EU, the threat of a possible exit from the euro or the alliance with the League, one of the most belligerent parties with community identity, are also left behind. The M5S came to sit at the same political table in Strasbourg as the UKIP and Nigel Farage, but after many lurching, the movement is today alone and looking for family: for political reasons, but also economic (the mixed group does not receive funds to pay consultants). After the denial of the Greens, alarmed by what they considered a lack of internal democracy, only two options remain: the Liberals of Renew Europe – they have no Italian party – and the Socialists, an option that the President of Parliament would welcome. European, David Sassoli, promoter of the alliances in Italy between the PD and the M5S.

Laura Ferrara MEP, who actively participated in the States General last week, agrees on the urgency of finding accommodation in a European political family. The two tracks are open and he believes that today the M5S is closer to the center-left positions that would bring it closer to the Socialist Party, with those who already govern in Italy. But in his same group of 14 MEPs, where four MPs are on the brink of split, there are deep divisions on some issues. “We are in the institutions, and we must change things, achieve results. If not, it is better to continue in the street with the citizens. You have to look around and see what there is and with whom you share more programmatic points for an alliance ”, he points out regarding the possibility of ending up in one group or another.

The level of self-criticism has grown in recent months. The movement has undoubtedly matured and is heading for a new format. The mutations have been constant and the idea prevails today in a wide sector Freudian to kill the father (in this case the parents). Illusions the construction of a party that liquidates the uniform thought and stops abiding by the guidelines published in a blog. The time this process takes will be key to slowing down decomposition.