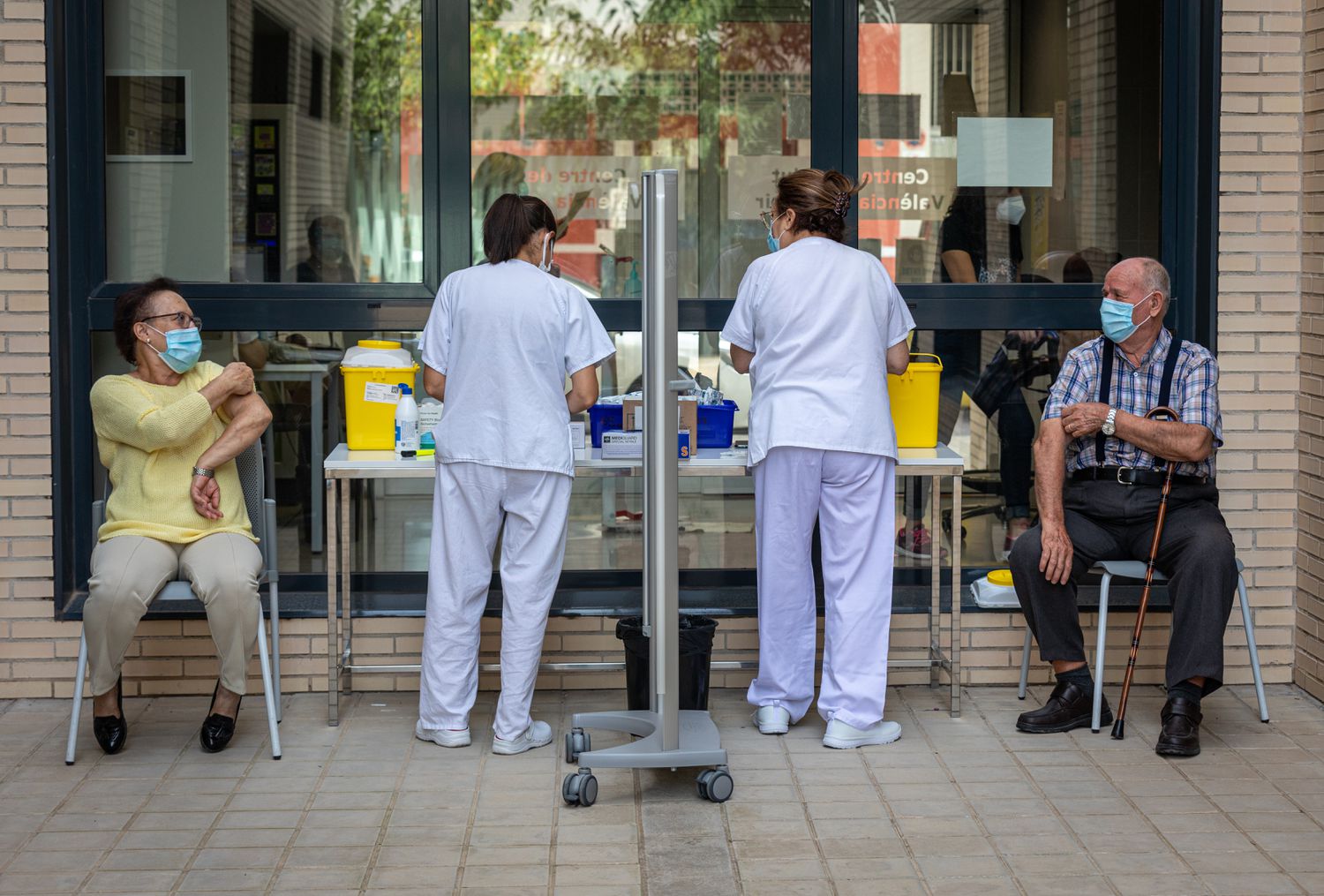 The countries of the European Union (EU) are preparing for a difficult winter. The rise of the second wave in much of the continent and the arrival of the common respiratory infections at this time of year – the flu, the most important – has led some countries to prepare in case it is necessary to limit diagnostic tests such as PCR to only some groups, such as health professionals or the elderly.

Spain is the one that has explained it most clearly in the preparatory meetings of the strategy to be followed by the Health Safety Committee of the European Commission. This body is made up of government experts and the Spanish representative is usually the director of alerts and emergencies of the Ministry of Health, Fernando Simón.

“The flu season is a challenge for the diagnostic capacity against the coronavirus”, admitted Simón in the committee meeting on September 10, according to the minutes of the meeting. “Spain will make every effort to cover [a toda la población], if necessary it will begin to prioritize target groups more critical, such as health workers, older … ”.

Pilar Aparicio, general director of Public Health of Health, explains that this scenario is “only one of those that the ministry is contemplating”, but that this does not mean that “it will necessarily occur”. “We have to anticipate scenarios, have strategic reserves and adapt to the evolution of the pandemic,” he adds. The general director of Public Health trusts that the use of antigen tests, recently approved by the Carlos III Health Institute for some uses, will help to provide tests for all suspected cases and the contacts of positive ones.

Although Simón’s words referred to the flu season, there was little to wait to see how access to PCRs was limited in Spain. The Community of Madrid, beset by a soaring incidence, has already stopped doing these tests to the close contacts of the positive ones who do not live with them. “This is bad news,” declared the Spanish Epidemiology Society (SEE).

The meeting on the 10th was one of the last in which the The Council prepared the recommendations of the European Commission, finally approved a week later. The text sets out the guidelines that the Member States should follow in the coming months and considers it “essential” that they prepare “solid strategies” to guarantee that the tests are carried out and that they have “adequate diagnostic capacity”. The objective is “the early detection of potentially infectious people” and “make visible” the incidence rates and levels of circulation of the virus. This is the only way, according to the text, to “quickly detect increases in cases” that may occur.

The 15 pages of the recommendations describe a situation with notable differences between the Member States. Thus, although the vast majority of countries have opted for a model that performs PCR tests without distinction on all patients with symptoms, seven – Belgium and Italy among them – already have some kind of system in place that prioritizes who should be tested first , “Either due to insufficient diagnostic capacity or differentiated strategic objectives”. The differences are even greater in the detection of asymptomatic cases.

Despite this, the recommendations of the Health Safety Committee of the European Commission They are clear: “Testing all cases with compatible symptoms, including mild ones, should be a priority. To achieve this goal, the population must have easy access to tests and promote their performance as soon as symptoms appear ”. On the detection of asymptomatic cases, the committee recommends determining clear criteria for testing “in line with available resources and the ability to trace contacts”.

The document mentions Spain on three occasions. The first is in a critical tone to highlight that knowing the results of the PCR tests “in some regions may take several days”, the country with the worst records in this regard. The second is to put the country as an example in one of the possible strategies to adopt to stop the circulation of the virus in “areas with high incidences” and reduced extension “such as neighborhoods, delimited areas or companies, by means of mass PCR”.

Finally, the document highlights a study underway in “two hospitals in Madrid” to determine the reliability of antigen tests, which have been approved in recent days by the Carlos III Health Institute. These tests allow you to obtain results in 15 minutes in the same place where the samples were taken.

According to the current protocol of the Ministry of Health, these tests are suitable for people with symptoms in the first five days of the process and also for “close asymptomatic contacts with clinical or epidemiological suspicion of covid-19)”, in which their reliability “is greater than 90% ”. Meanwhile, its use in screening “should only be carried out in very specific situations of high transmission in the target population and under the recommendation of public health authorities.” In the latter case, Health recommends PCR tests.

One of the hospitals to which the document refers is Ramón y Cajal. Rafael Cantón, head of the center’s Microbiology service, highlights “the speed with which diagnostic novelties are being incorporated” and the help that the new antigen tests can provide “in the face of the flu season”. The wish is that the most convenient diagnostic tests in each case “be available to the entire population” and avoid the scenario described by Simón at the September 10 meeting.