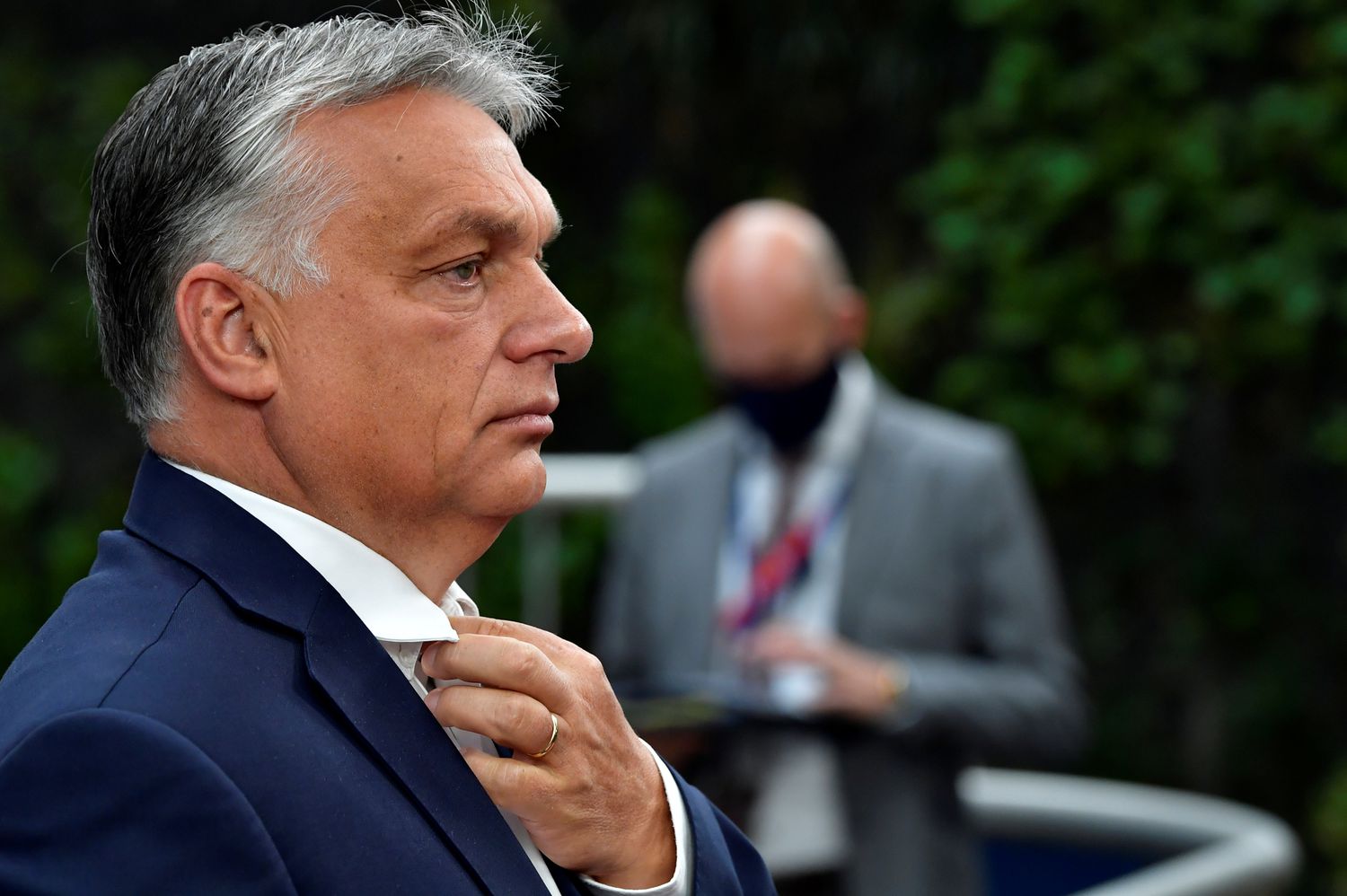 Hungary and Poland on Monday blocked new EU budgets, including the pandemic recovery fund, in protest against Brussels’ growing vigilance over the quality of the rule of law in community partners. The decision of the Government of Viktor Orbán, to which Poland has later joined, leaves the launch of European aid to alleviate the economic crisis caused by covid-19 in the air. This item, endowed with 750,000 million euros between subsidies and loans, is key for Spain and Italy.

“We are heading towards an inevitable clash,” indicated a diplomatic source a few hours before this Monday afternoon the so-called Coreper, or Committee of Permanent Representatives of the 27 member states, meets in Brussels to take stock and try to give a boost to budget negotiations. Germany, the country that presides over the EU during this semester, will submit for approval both the new mechanism on the protection of the rule of law – which allows the suspension of funds – and the so-called decision on own resources, essential to expand the budget and allow the implementation of progress of the recovery fund.

The mechanism on the rule of law can be approved by a qualified majority and Berlin does not doubt that it has the necessary votes to do so because only Budapest and Warsaw have been clearly against it. But the decision on own resources requires the unanimity of the Twenty-seven and it is enough for a country to refuse to ratify it or delay its adoption for the entire budget process to be blocked.

The spokesman for the German presidency has indicated, barely half an hour after the start of the Coreper meeting, that the ambassadors “have confirmed by a qualified majority the final commitment [sobre el mecanismo del Estado de derecho]”. And he added that in the case of own resources, unanimity had not been reached by the reserve of two Member States. Those states also showed their reservations regarding the Multiannual Financial Framework for 2021-2027 (the EU budget for the next seven years), although they did not question the agreement of the July summit that set the budgets at 1,074 billion euros plus 750,000 million from the recovery fund.

Diplomatic sources in Brussels were sure that Hungary, at least, would not accept the ratification of the decision on Monday. Hungarian media They also quoted the spokesman for the Orbán government, Zoltan Kovacs, also taking for granted that, for the moment, Budapest will block the budget.

In Brussels, it is not ruled out that the matter should be raised to the table of the Heads of State and Government, who this Thursday will hold a summit by videoconference to analyze the evolution of the pandemic. “The second wave [de la pandemia] it is hitting more than expected and the economic consequences are getting worse at times so the budget agreement should be closed as soon as possible ”, urged sources from the EU Council. But they recognize that the delay is inevitable and that the completion of the entire process will last until early 2021, at least.

Diplomatic sources assure: “There are already contacts behind the scenes to overcome the crisis that Hungary is leading us to.” And the Commission is already considering the possibility of appeasing Budapest with some type of declaration signed at the highest level that guarantees a proportionate, balanced and equitable use of the mechanism of the rule of law, which would only allow the suspension of funds in the event that the undemocratic drift of a country would blatantly endanger the financial interests of the Union. Sources close to Orbán defend themselves: Fidesz MEP Eniko Gyori considers that linking the funds to the rule of law is an “instrument of political blackmail.” Gyori warns that this community decision “endangers the future of the European Union, because it destroys the atmosphere of good and loyal cooperation between the Member States ”, informs María Hervás.

Hungary and, to a lesser extent, Poland, fear that the rule of law mechanism will be used to punish their most controversial policies, such as those related to judicial independence, equal treatment regardless of gender or sexual orientation, or freedom expression. Budapest distrusts the European Commission, which it considers biased against it, and has been demanding for weeks the removal of Vice President Vera Jourova, head of Values ​​and Transparency, and one of the authorities in charge of ensuring respect for the rule of law .

The protection mechanism has been introduced due to the deterioration of the quality of the rule of law in several European partners, where attacks on judicial independence have jeopardized legal security. Furthermore, in some countries, such as Poland, discriminatory policies against sexual freedom have been introduced at the local level.

At present, the Union can suspend the right to vote in the Council of the EU for members who violate fundamental values, but that power (Article 7 of the Treaty) has never been used due to lack of a sufficient majority to apply it. The new mechanism will introduce a new safety net, with the possibility of cutting funding to a State when its policies put the proper use of structural funds at risk.

Hungary and Poland, which have separate files in relation to Article 7, fear that the new instrument will be used to cut the multi-million dollar budget flow they receive from Brussels. Between 2014 and 2020, Poland (with 38 million inhabitants) has allocated 76,000 million euros in structural funds, more than Italy and Spain combined. And Hungary, with 9.8 million inhabitants, receives 21,000 million.

In the new budgetary framework (2021-2027), the two countries will continue to be among the main beneficiaries. And the net aid from the recovery fund will be equivalent to 2.5% of GDP in both cases, a percentage higher than that of Italy and very close to that of Spain. Diplomatic sources believe that the impact of the pandemic in central Europe, which is being much stronger in the second wave than in the first, detracts from the veto threats from Budapest and Warsaw since they are also urged by European subsidies. But at least Orbán, for now, has placed a question mark on the fund’s calendar.